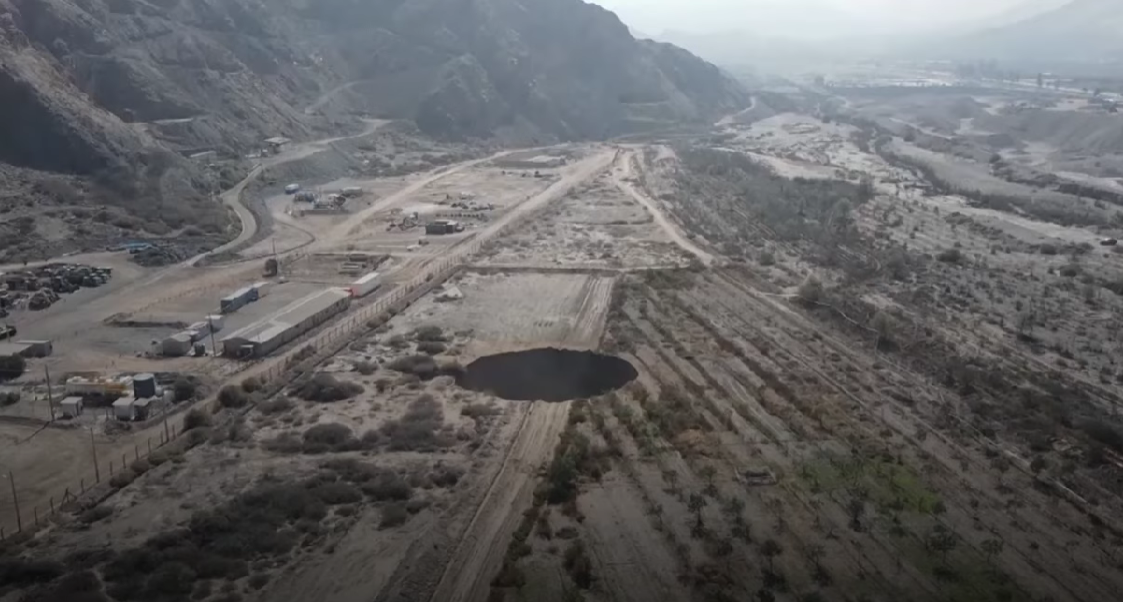 In the small town of Tierra Amarilla in Northern Chile, the emergence of a freak sinkhole has baffled experts as to what caused it, and how to stop it from growing. While authorities have begun investigating the hole and its origins, locals remain concerned about their safety and have questioned whether its formation is somehow linked to nearby mining activities.

Morning in the Atacama Region on Saturday was an unusual one when locals were awoken by a strange rumbling. When Sernageomin (National Service of Geology and Mining), sent specialist personnel to investigate the source of the noise, they were surprised to find that a giant sinkhole had suddenly appeared nearby. Measuring 650ft deep and 82ft wide, the sinkhole continues to grow at an unprecedented rate. The hole appeared near the Alcaparrosa copper mine, which likely was a factor in its formation. Authorities are unsure at the moment what has caused its formation, though researchers have begun to analyze it in hopes of finding an answer.

How Dangerous Is the Sinkhole?

While no one has been injured by this sudden phenomenon, all mining operations at the site have been brought to a halt, and a perimeter set up to stop onlookers from getting too near. Since being found, the owners of the mine have released a statement, assuring authorities that no one was at immediate risk since the nearest home to the sinkhole was over 600 meters away, and any populated areas are almost a kilometer from the area. As of yet, there has been no damage to “personnel, equipment, or infrastructure”. The Canadian Lundin Mining Company owns 80% of the property, and the other 20% is owned by Japan’s Sumitomo Corporation, which has yet to release a statement.

At nearly 200 meters deep and at roughly the width of the White House, the sinkhole is one of the biggest recorded in modern history. No materials have been found within it yet, however, Sernageomin’s director David Montenegro did say they have seen “a lot of water”. The Mayor of Tierra Amarilla is 25-year-old Cristobal Zuniga, who told a local radio station that “protecting the integrity of [our] inhabitants” was their “greatest concern”. Zuniga has voiced concerns that the mine nearby is the culprit, and that the “unmeasured extractive activity” of over-mining by Lundin Mining has affected the surrounding territory.

The shape of the hole has also led to speculation – normally sinkholes fall in randomly, creating rough shapes with jagged, uneven edges, however in this case the hole has formed an almost perfect circle, raising even more questions as to its cause. Lundin Mining Co. has announced they are “conducting a technical analysis” and “gathering information to determine the cause of the event”. While the sinkhole apparently “remains stable”, it is uncertain whether or not it will grow in the future, potentially putting the nearby community in the region at risk. For now, however, the hole remains a mystery to experts and the public alike, leaving them to wonder what caused this bizarre phenomenon.

In this article:News, sinkhole 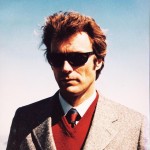