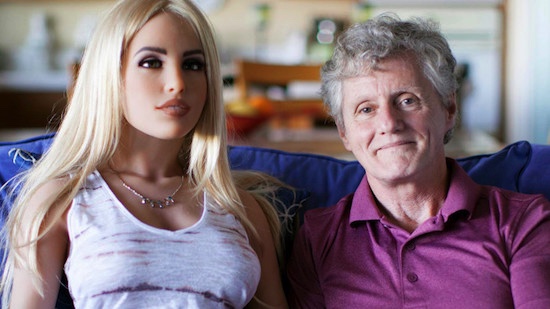 People seem to take either one of two stances on this topic. Either a) it’s weird or b) ‘thank God we don’t have to deal with women anymore, eh?”. Now, that puts me in sort of a difficult position, as I have to both defend and attack the idea of sex robots. I don’t inherently have a problem with it. It’s pretty much just an advanced sex toy. Robots who just really wanna bang you – no matter how ugly or lonely you are – is an intriguing idea. Isn’t technology all about providing services without all the messy, awkward parts of actually having to talk to a real human being? As an agoraphobic millennial who was raised on the internet, I understand this impulse.

However, I can also see why this is a problem.

A market predicated on the idea of creating women 26-inch waists, double D breasts, and dead eyes is… kinda creepy. Plus, we can’t ignore the fact that there are people who turn this into some strange competition between robots and human women. Which, of course, means human women lose every time. There are issues with this and I think it would be ignorant to pretend there aren’t. That doesn’t mean we have to reject them completely though, that kind of ignores the fact that there are also plenty of women out there who probably want robot boyfriends (or girlfriends, whatever you’re into). Everyone has fantasies, some people resort to role playing and indulging in sex toys like these from loveplugs.co. (And if they can be fulfilled then… who am I to judge?)”

Here’s a trailer to a documentary about Sex Robots which will explore these issues even further:

Be warned, the comments are kind of a dumpster fire. One user went so far as to suggest sex robots are a solution for misogyny, as men won’t be abusing women anymore because now they have robots to abuse instead. Wow, that has to be the hottest take I’ve heard in a while. Trust me when I say sex robots are not the problem, it’s people who think that segregating men and women into separate spheres from which we can hate each other (while having sex with imitations of each other) is… not a good solution to sexism.

Since we’ve been talking about male gaze-y stuff, check out things from a more female perspective.