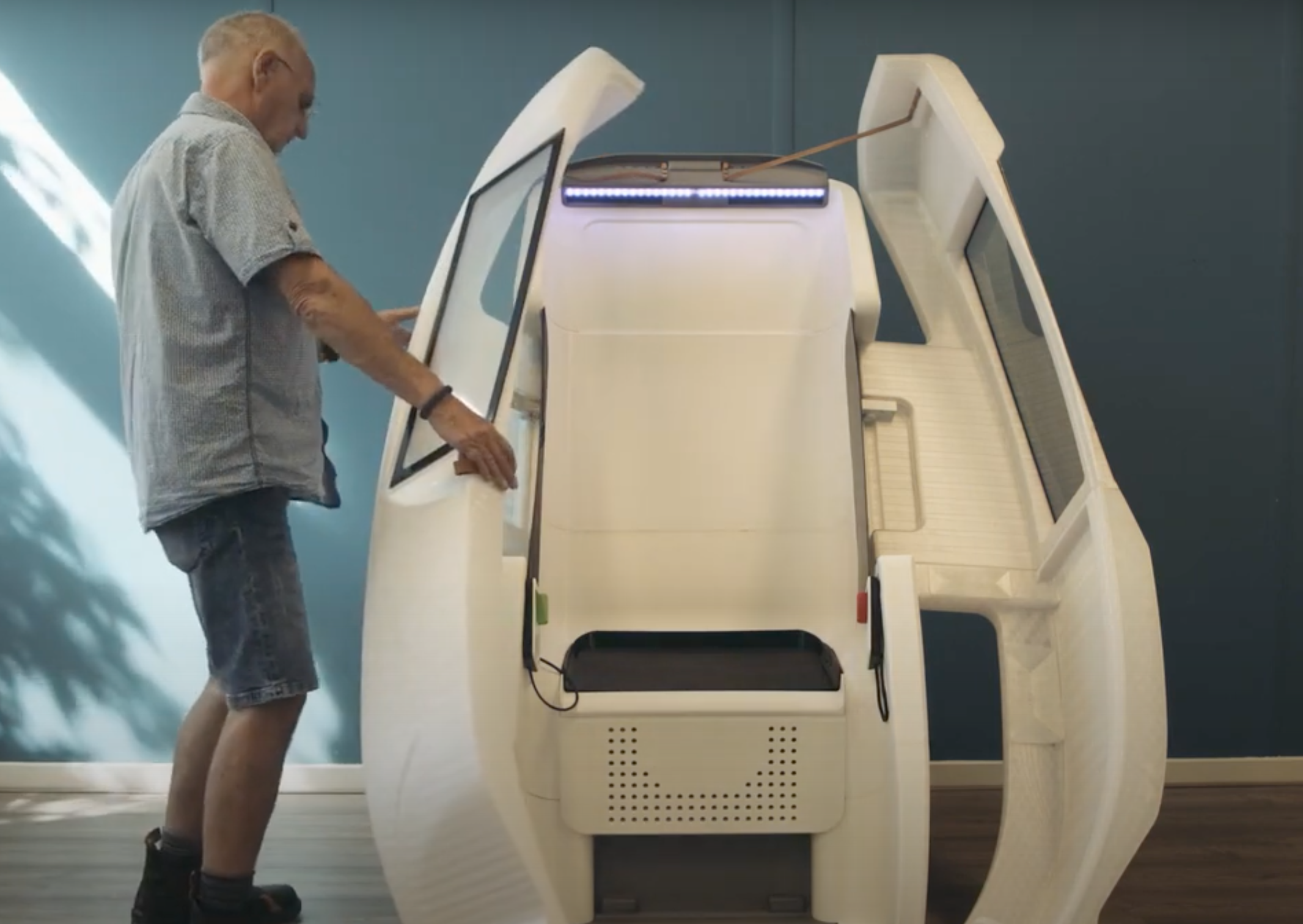 The Sarco ‘Suicide Machine’ was first showcased at the 2018 funeral fair in Amsterdam, however, it is now being displayed across Europe. The machine was originally created by Dr Phillip Nitschke who has since been nicknamed Dr Death. The ‘Suicide Machine’ was originally designed to give the public a glimpse at the mechanisms of euthanasia in a pain-free way, designed especially by the scientists at Sarco.

According to Sarco’s website, the ‘Suicide Machine’ is a ‘capsule that could produce a rapid decrease in oxygen level, whilst maintaining a low CO2 level (the conditions for a peaceful, even euphoric death)’.

Sarco also added that ‘the elegant design was intended to suggest a sense of occasion: of travel to a ‘new destination’, and to dispel any ‘yuk’ factor’. The system was also designed to ensure that it required ‘no specialised skills or involvement, no sourcing of difficult to obtain drugs, no…medical involvement e.g. with the insertion of an intravenous cannula’.

The website was also clear to add that ‘those with a significant disability (e.g. frailty or increasing paralysis from a disease such as MND/ALS) would also not be disadvantaged’ as the machine hopes to add ‘activation by eye movement or voice control’.  It is clear that Sarco intends for this machine to be accessible for all.

Dr Philip Nitschke is a ‘former medical doctor’ and  heavily invested in this industry. He has spent more than 20 years working on these machines and has co-written Killing me Softly: Voluntary Euthanasia and The Road to the Peaceful Pill. He has also designed machines called CoGen and the Destiny, which are additional alternative end of life machines. His success stories include the 1995 creation of  the Deliverance Machine, a mechanism designed to assist the death of four terminally ill patients during the Australia’s Rights of the Terminally Ill Act.

The future of Sarco involves creating a euthanasia capsule that also functions as a coffin. Dr Nitschke was certain to confirm for the Huffington Post that ‘a Sarco death is painless’. He added that there would ‘no suffocation choking sensation or air hunger’ involved.

However, the response on Twitter to Philip Nitschke’s post has been contradictory, with many users undecided about their opinions of a machine that facilitates death.

For more worldly technology advances, check out this article.