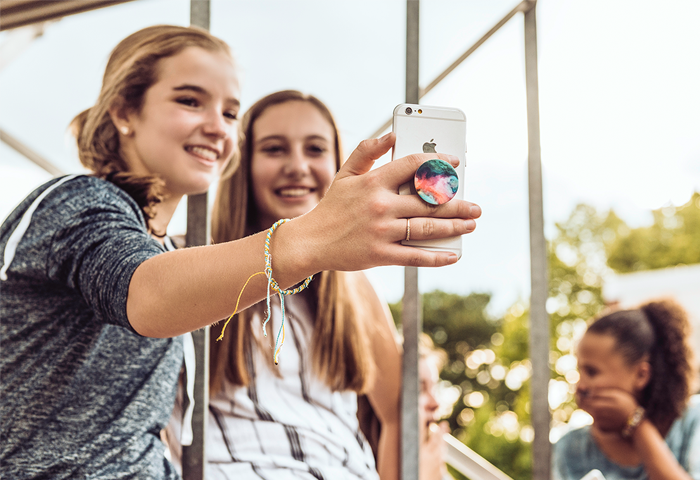 PopSocket launches in Singapore after massive sales in Europe and the U.S

So, what the hell is a PopSocket you may be asking? PopSocket is the brainchild of David Barnett, founder, and CEO of PopSockets. It’s a handy little collapsible accordion gizmo that you attach to the back of your device to create a multi-functional grip for those slippery little smartphones.

I kinda wish I’d heard of these things 2 phones and an unfortunate toilet bowl incident ago. Not just a grip, the PopSocket allows the user to take stabilized selfies and can be used as a stand for watching videos.

Barnett, formerly a philosophy professor at the University of Colorado Boulder, came up with the idea after being frustrated with his constantly tangled headphone cables.

To solve this problem, he glued two clothing buttons to the back of his iPhone so he could wind his headphones around them.

15 months and 60 different prototypes later, the PopSocket was born. Despite a lack of support for his invention even from family, Barnett started a Kickstarter campaign in 2012. The small business attracted attention from some pretty big Hollywood celebrities.

Jared Leto, Serena Williams and Michael Phelps have all been spotted rocking a PopSocket on their mobile phones. Check out Barnett’s original Kickstarter video where he shows us a few cringey dance moves to promote the product.

In 2017, over 35 million units were sold in North America and Europe up from just 30,000 in 2014. The company has now moved into the Asian market, opening its new offices in Singapore on March 26th.

The little grips are available in a variety of different styles. Animals, diamonds, Marvel, Harry Potter, Pokémon, Transformers, and Justice League to name a few. You can even design your own PopSocket by uploading an image on the company website, http://www.popsockets.co.uk

Got a PopSocket? Tell us what you got. Thinking of getting one? Tell us which one in the comments. I’m going to get myself a custom one with a picture of a toilet bowl so I never forget why I bought it in the 1st place. Why not try read about this other handy gadget……