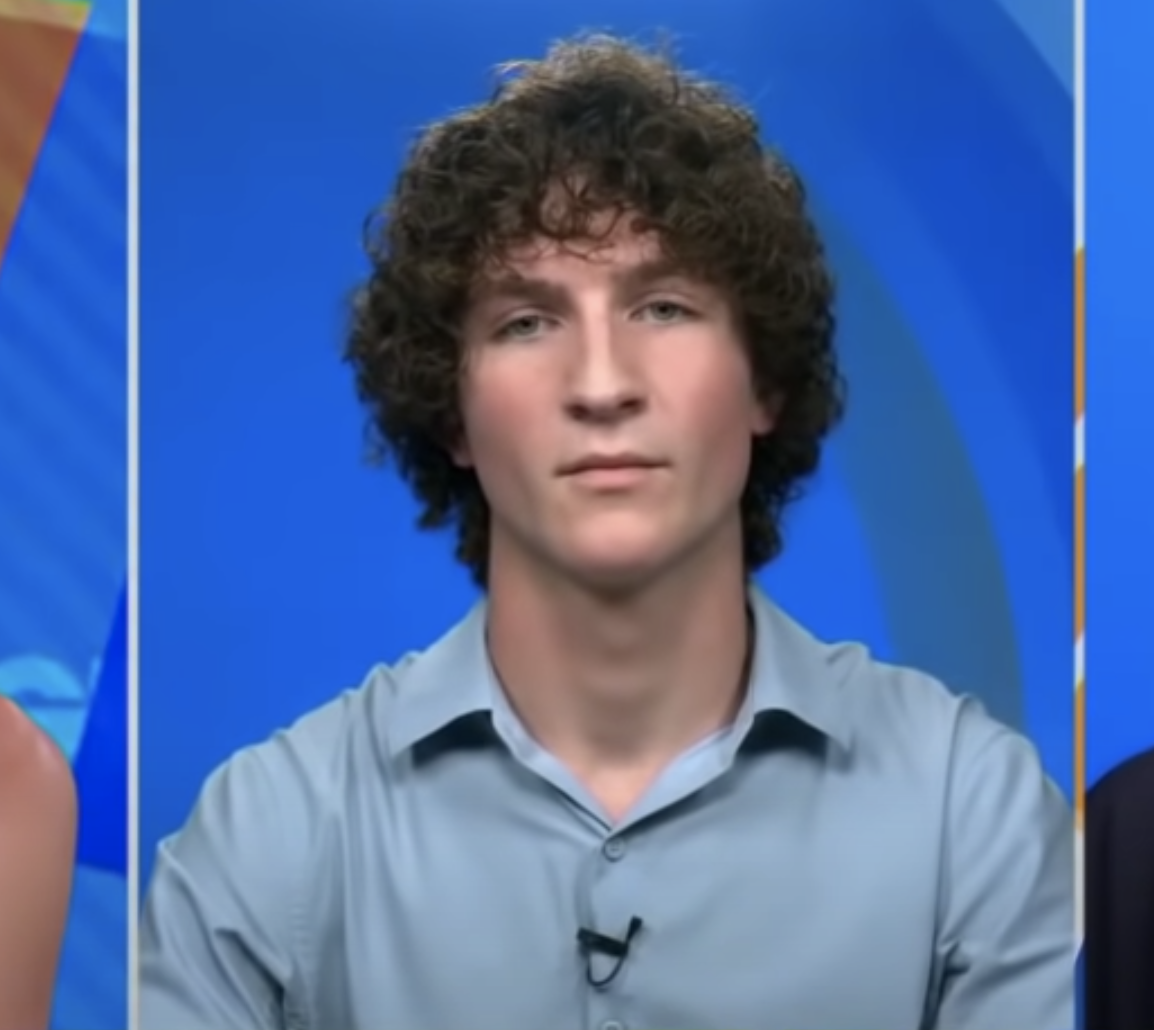 In the wake of the controversial Florida bill, coined the ‘Don’t Say Gay’ bill, which restricts teachers’ ability to discuss sexual orientation or gender identity from kindergarten to third grade, now a graduating senior has found himself victim to the ever-growing dispute surrounding Florida schools.

“I had to find a clever way to discuss who I was…I knew that the threat to cut the mic was very real,” Zander Moricz said of his graduation speech, referring to his desire to speak openly about his sexual orientation but also his concern in doing so.

“That is why I must discuss a very public part of my identity,” Moricz said during the graduation ceremony. “This characteristic has probably become the first thing you think of when you think of me as a human being. As you know, I have curly hair,” he said with finality before shedding his cap and letting loose his locks of thick, curly hair.

He then caresses his hair to the applause and chuckles of the audience.

Moricz explained that faculty members threatened to censor his speech if he spoke about his life as a gay teenager or his history of LGBTQIA+ activism.

As the senior class president of Pine View School for the Gifted in Osprey, Florida, Moricz wanted to take to the podium to openly criticize Florida’s recent passage of the commonly coined “Don’t Say Gay” law. As members of the staff discovered Moricz’s intentions, Moricz wrote on Twitter that Pine View Principal Stephen Covert warned that any nod to the law, to Moricz’s sexuality, or to his activism as a plaintiff opposing the law’s legality would ultimately result in the microphone getting cut.

In response to Moricz’s public opposition to the school’s censorship, Sarasota County school district made a public statement. “Students are reminded that graduation should not be a platform for personal political statements, especially those likely to disrupt the ceremony. Should a student vary from this expectation during the graduation, it may be necessary to take appropriate action.”

However, Moricz’s censored speech and clever euphemism created an online buzz that helped bring him to Good Morning America to discuss the issue.

In the end, it appears Moricz’s censored speech won the battle–broadening his platform and his story in the wake of Florida’s recent political decisions.

Enjoyed this read? Check out more like it: China Removes Grindr From Their App Store Because They Don’t Want People Being Gay At The Olympics