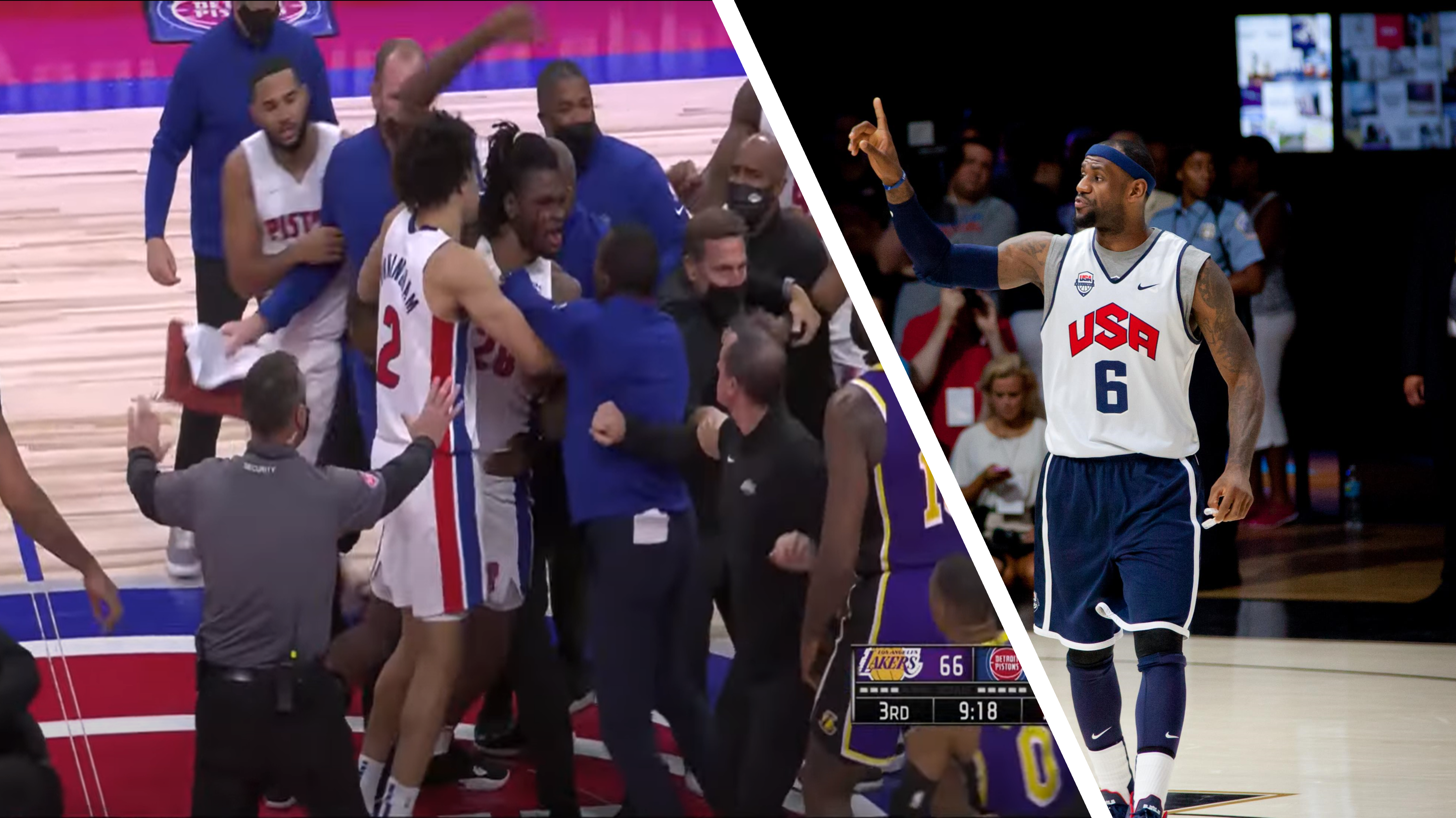 LeBron James was forced to leave the Lakers-Pistons game on Sunday night after an altercation with Detroit Pistons center Isiah Stewart early in the third quarter. As the two men weaved back and forward to catch a rebound off a free throw, James’s left elbow and hand struck Stewart in the side of the head, causing significant bleeding.

As Jerami Grant of the Pistons lined up his shot at the hoop, James and Stewart stood should-to-shoulder on one side of the box. They crouched and as Grant sent the ball into the air, surged forwards, Stewart pushing into James’s side. James turned suddenly, his elbow cracking against Stewart’s face just above his eye. As soon as Stewart fell down on the court, play ceased and James backed off, holding out one hand placatingly.

James’s teammate, Anthony Davis, claims the incident was not intentional. “Everyone in the league knows LeBron isn’t a dirty guy,” he said. “As soon as he did it, he looked back and told him [Stewart], ‘My bad. I didn’t try to do it.’”

However, as soon as he was up, Stewart attempted to start towards James. He was restrained by a crowd of players and coaches of both teams, whom he repeatedly tried to throw off. Eventually, he seemed to stop trying to get at James specifically, and simply break free of the cluster.

He had been called for a foul even before James hit him, and was ejected from the court. He was assigned two technical fouls for his behavior whilst part of the ruckus. James received a Flagrant 2 foul and was also removed. Russell Westbrook, another Lakers player, was also given a technical for being an “escalator” during the incident, engaging in pushing and trash-talking.

Detroit coach Dwane Casey said he did not believe James was a dirty player. “[Stewart] was upset,” he said to reporters. “I told him, ‘Don’t let this define who you are. It doesn’t define your game whatsoever.’ I felt for the young man because he’s such a competitor and he plays so hard. He’s a great kid but he felt like he got cheap-shotted across his brow and on the street, it would be a different story.”

The 20-year old Stewart also had an altercation with Blake Griffin of the Brooklyn Nets earlier this same season. “He needs to just keep his head and not get a reputation,” Casey said.

The incident drew comparisons in the media to the infamous ‘Malice at the Palace’ of November 19, 2004. On that occasion, the Pistons and the Indiana Pacers spiraled into one of the worst brawls in sports history, spilling over into the stands. A new light was cast on the events of that night in a Netflix documentary series called ‘Untold’ which was released earlier this year. However, it still casts a dark shadow over the history of the league, and players expressed their relief that Sunday did not transpire in a similar way.

“You never want it to get to that point like 17 years ago,” said Davis.