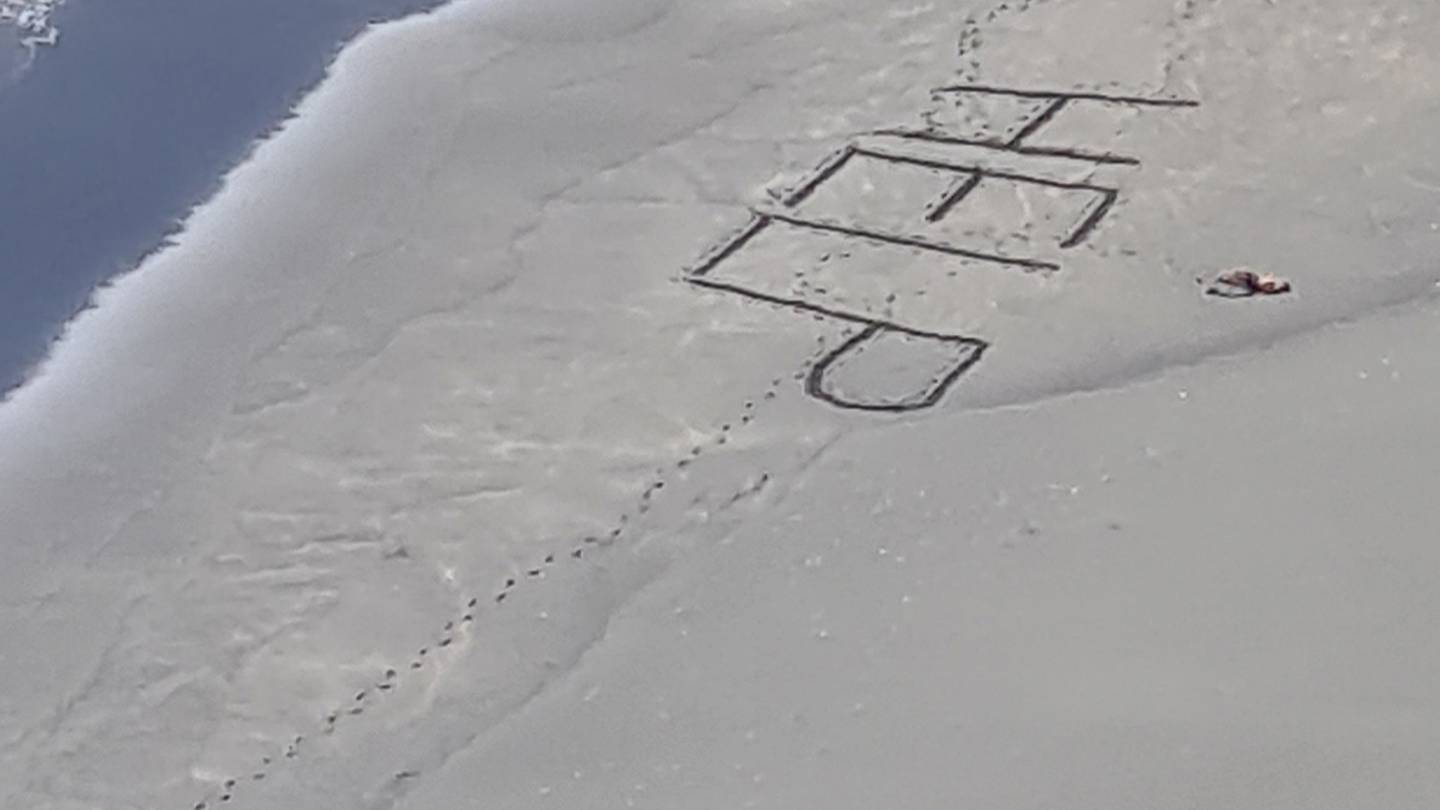 The ocean can be a pretty scary place. It has been reported that humans have not even observed 80% of the ocean. Pretty shocking once you consider the fact that the ocean makes up just about 70% of Earth.

Still, for as scary as the ocean can be, it can be just as dangerous. Just ask this stranded surfer from New Zealand what he thinks.

According to reports, the surfer was originally surfing at Karekare Beach in New Zealand. But while catching a wave ther, the surfer- Ben Searancke- lost his board and was swept up onto the rocks of West Auckland Beach.

Searancke reportedly tried walking for a couple hours to find help, but he ended up just getting lost. At that point, the injuries he had suffered from his crash had finally caught up to him. So, in an attempt to save himself, Searacnke mustered up the energy to write ‘HELP’ in the sand.

After Searancke etched in his message, his body collapsed. But fortunately, a woman on a nearby track was able to notice the stranded Searacnke. She notified authorities and did a great deal in saving the man’s life (just like the movie Castaway).

Thankfully everyone ended up alright after this scary situation. But boy, was it a scary situation! I can’t begin to being stranded and injured on a beach. At some point Searancke must have thought he was going to die on that beach, and that is a scary thing to think about. I mean, I sometimes get scared if I lose my mom in the grocery store. If I were to end up on a deserted island I don’t know what I’d do.

Still, I have never gone surfing and don’t even like going to the beach. I doubt I will ever end up in the same situation as Searancke, but you never know. But now thanks to him, I know writing in the sand does actually work: just like using frozen jeans to save parking spots.

In this article:help, injury, News, surfing