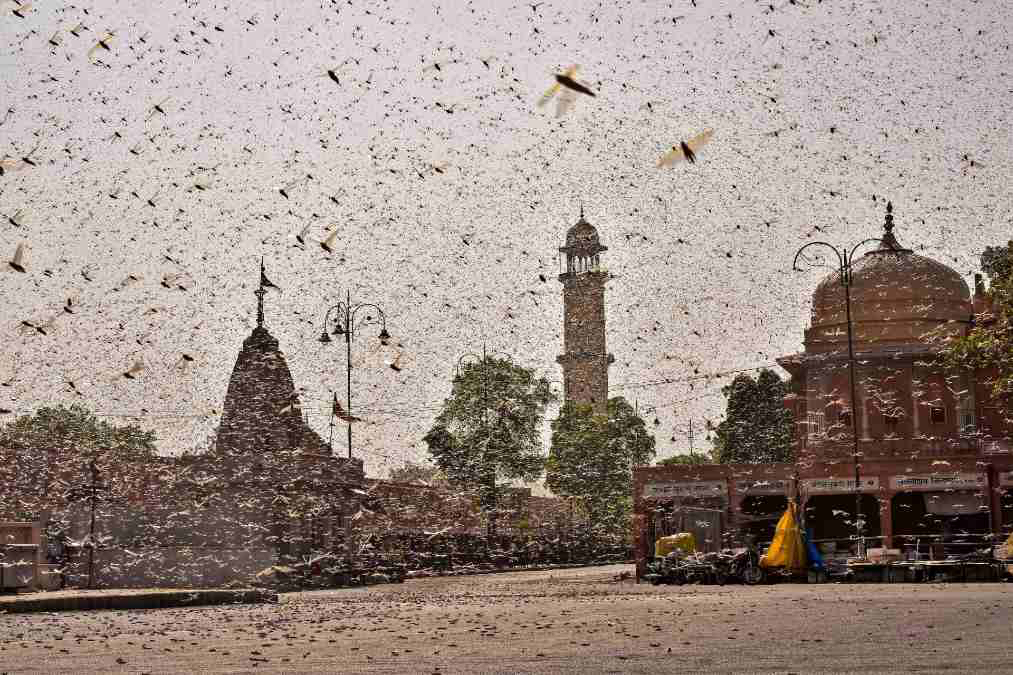 India is under attack. And no, it is not from another country. Instead it is under the attack of locusts, who are destroying the country’s crops left and right.

These particular locusts you see are desert locusts. They are widely considered the most ruinous of the four types of locusts.

With that being the case, India has to watch its fields to make sure that these bugs don’t come down and eat all of their crops. The country is definitely on high alert right now.

Bugs are not my favorite. I really don’t think they are anyone’s favorite -other than entomologists- so seeing this gives me heeby jeebies. If I lived in India, there is a negative percent chance I wouldn’t lock my doors and windows with all these insects in the sky. Who knows, I might even make my own additions to the entry ways just to make sure I was safe.

But being a huge sports fan myself, every time I think “swarm of bugs” I go back to 2007.

In October of that year, the Cleveland Indians and New York Yankees were playing each other in the American League Division Series.

In the second game of that series, the field was littered with insects. There is an image drilled into my head of former Yankee Pitcher standing on the mound with midges all over his neck and face.

As a Boston Red Sox fan, the midges were a pleasant surprise because they helped in keeping the Yankees from winning. Still, the flock of bugs that were in Cleveland that night was something I had never really seen.

But now I have seen it again: India is covered in bugs just like Joba Chamberlain was back October 5, 2007.

Albeit, the issue in India is much more serious than a silly little baseball game. The videos just reminded me of this particular game.

Whatever the case, let’s hope India is able to bounce back rather quickly from any possible destruction these locusts create.