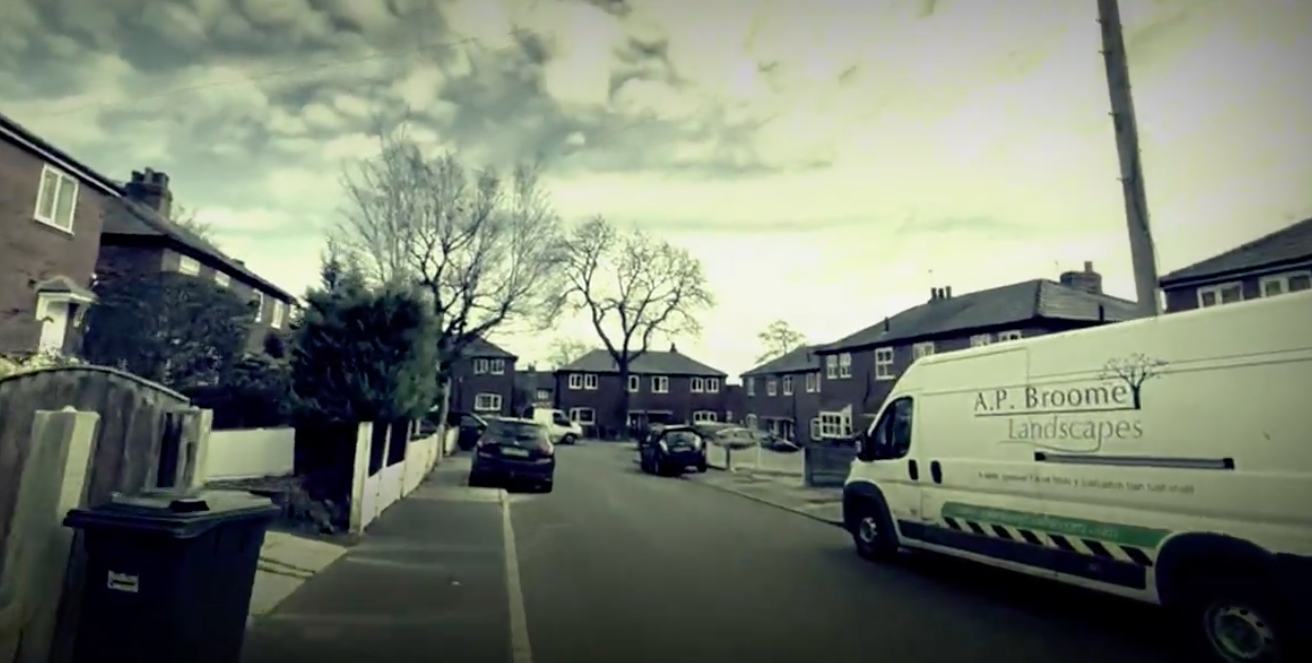 Wingates Grove, Westhoughton is one of, if not the most haunted street in England. So haunted, in fact, that in order to move there, one resident had to sign a waiver.

The street saw its highest levels of haunting in the 1990s. It’s said that an evil spirit resided in the street. Although both Bolton council and an exorcist stepped in, seemingly putting a stop to the hauntings, the poltergeist hasn’t left the minds of the street’s residents.

In 2006, Caron Walton was asked to sign a waiver before moving in. She was also told she couldn’t move in if she had young children.

The waiver also required Walton to agree to never use an Ouija board or perform black magic at the address.

The fear, it seems, was reawakening the poltergeist.

What happened at the haunted street in 1993?

The paranormal activity first began in 1993. One house on the street reported strange goings-on in their residence.

As we see in many horror movies, the issues started with the young son of the family. The parents reported their son had begun to talk to a ‘little man’ who visited his bedroom. An ‘oil-like’ substance also seemed to drip down the walls. Anyone else got the shivers?

In another classic-horror film movie, the family called up a local church in order to get in touch with an exorcist.

Luckily, after the exorcism, the mysterious occurrences ceased. But unfortunately, this was not the end of the story. After all, Wingates Grove doesn’t get the title ‘most haunted street in Britain’ for nothing.

Two doors down from the 1993 family, another family started experiencing a haunting in 1999.

Laura was twelve at the time. Now, 34, she has reflected on that time in her life with the Manchester Evening News.

Laura was 12-years-old when she moved into the property pic.twitter.com/jSk646minA

Laura says that she knew there was something wrong with the place as soon as they arrived.

“I begged my mum not to move in. I didn’t like the feel of it. I didn’t feel comfortable but when we got our stuff in, it faded a bit.”

Then weird things started to happen.

The first incident Laura can recall happened when she was with her older brother and a friend. She and her brother decided to play a harmless prank on the friend, who was sleeping over.

Having gone downstairs, she and her brother headed quickly back up. Halfway up the stairs, her brother screams.

He’d stepped on a picture frame on the staircase, and cut his foot open.

The first weird thing? The photo had been hanging on the wall just moments before, and it hadn’t fallen down in the time between going down and upstairs.

The second thing? Even if the photo frame had fallen normally, it wouldn’t have stood straight up on the stairs.

Laura says it was like the frame was held in place by a force.

“When things started happening, my mum would say it was the ghost of my granddad. But I said it wasn’t.

“I just knew there was something there. It felt like I was walking into someone’s personal space. I didn’t want to walk through the door.”

What else happened to Laura’s family?

Other than this initial incident, Laura’s family also faced dozens of dead crows appearing in the garden, as well as the oil-like substance reoccurring on the walls. Most mysterious of all: Laura regularly heard footsteps when no one was around, and her young nephew would often talk to the ‘Big Guy’, even though he was in an empty room.

Walton, who now lives at the address, says she hasn’t experienced any hauntings. At least now we know that, in order to banish a ghost, all we need to do is call up Demi Lovato.

In this article:Ghosts, haunted, News, viral