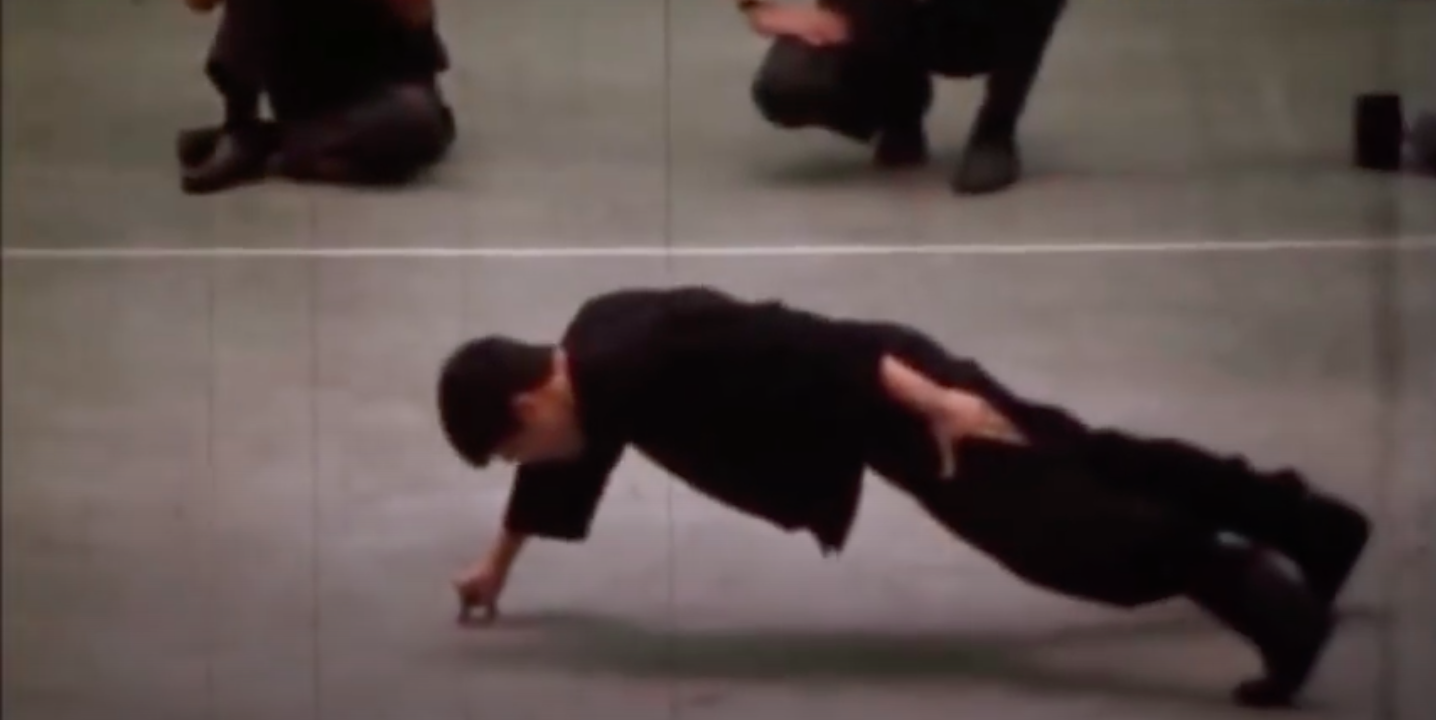 In 1964 at the Long Beach International Karate Championships, Lee publicly demonstrated the push-ups and went on to inspire many others who have tried and fail to match the accomplishment.

Bruce Lee could do 1,500 push-ups continuously with two hands, 400 push-ups with one hand, and a further 200 with on just two fingers. Some film even captures Lee performing a single-thumbed push-up – and you have to see it to believe it.

Needless to say, advanced two-finger press-ups are advanced exercises and not recommended for beginners, no matter how many Bruce Lee films you have seen.

Bruce Lee was highly accomplished in many martial arts, including Wing Chun, tai chi, street fighting, and boxing. He is often credited for paving the way for modern mixed martial arts (MMA).

Lee then went on to teach martial arts and eventually act in Hong Wonk and Hollywood-produced martial arts films, including The Big Boss, Fist of Fury, Way of the Dragon Child, Enter the Dragon, and The Game of Death.

Lee was also known to have combined his understanding of the martial arts along with other influences, to form his own personal martial arts philosophy, dubbed Jeet Kune Do, meaning ‘the way of intercepting first’.

However, the celebrity martial artist’s life and promising career were cut short at the age of 32, coroners ruling ‘death by misadventure’.

Bruce Lee set an impressive and unbeaten world record for the two-finger press-up over 55 years ago. Nevertheless, others are accomplishing other records.

The world record of the most two-finger, two-arm press-ups in one minute currently belongs to Armenia’s Hrachik Kostandyan, who achieved an impressive 57 push-ups.

If anyone is about to beat Bruce Lee’s unbeatable record, surely The Simpsons writing team will have predicted it.