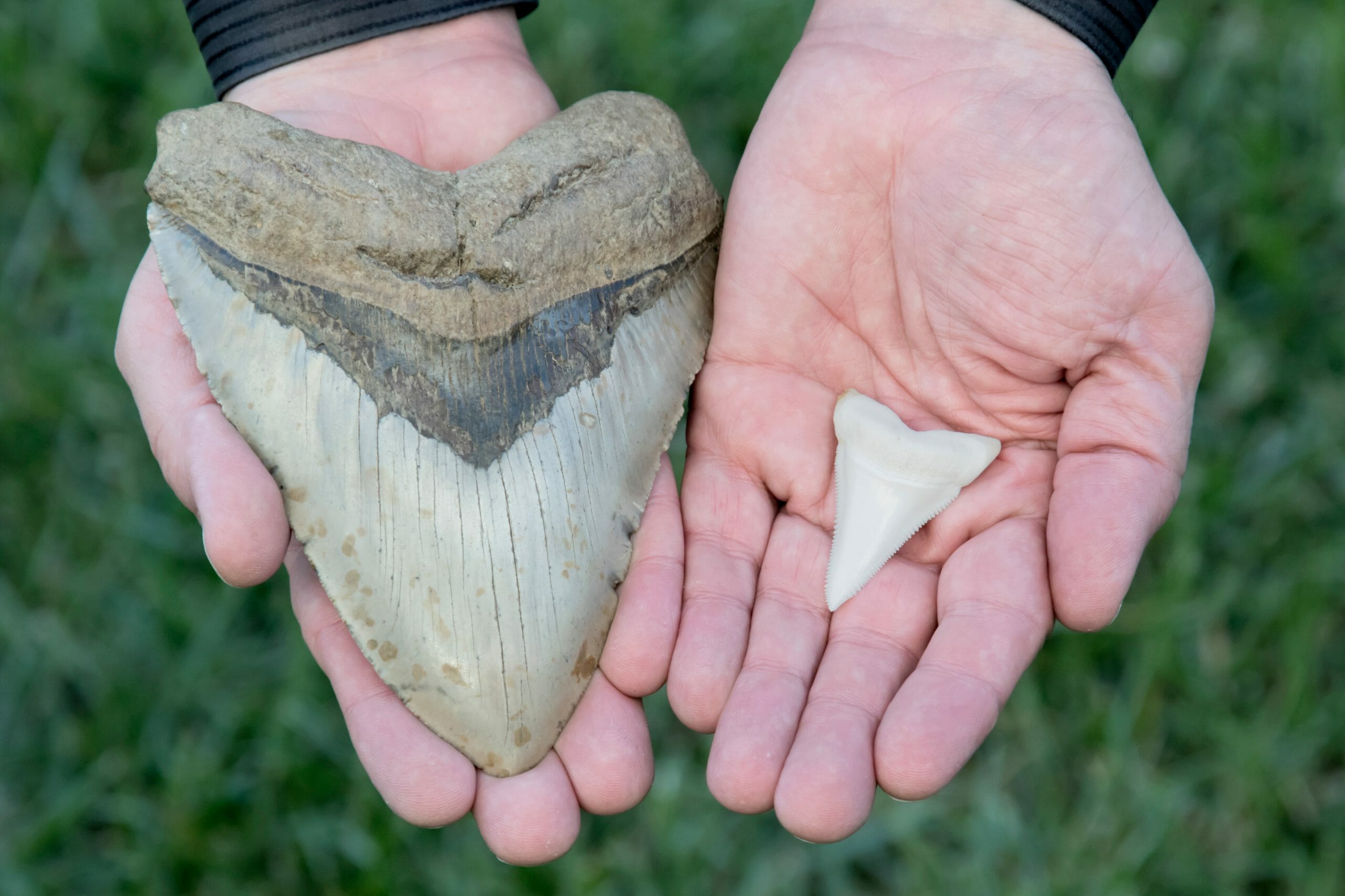 Six Year Old Sammy Shelton recently discovered a megalodon shark tooth on Bawdsey Beach in Suffolk. This discovery was particularly fascinating as the tooth has been predicted to be 3 million years old. Bawdsey Beach is a known site for fossil discovery however this find has proven to be interesting as the megalodon shark tooth has been a goal of fossil hunters for years.

Peter Shelton, Sammy’s father, has revealed that Sammy now sleeps beside the megalodon shark tooth, an indication of his pride over his discovery. He said his first reactions to the tooth were that it was “huge and [he was] very happy”, he informed Metro.

The discovered tooth has been calculated as 4 inches long, confirmed by evolutionary biologist, Professor Garrod, at Norwich’s University of East Anglia in the UK. This highlights the shark’s enormity which is noted in scientific evidence recognizing the Megalodon shark could have weighed up to 60 tonnes and up to 18m in length.

Megalodon, translated into “big tooth”, is a type of extinct mackerel shark that was present on planet Earth 23 to 3.6 million years ago. The Megalodon shares similarities with the great white shark and was previously thought to be part of the Lamnidae family, from the Early Miocene and Pliocene subdivisions in history.

Some facts about the Megalodon include that it was once active around 22 million years ago for a period of around 19 million years until it suffered its extinction around 3 million years ago. Without any known predators, the shark was recognized as a carnivore and feasted regularly on whales and seals.

Their existence never coincided with dinosaurs who became extinct around 65 million years ago, but still has been a long time since their time on planet Earth. The Megalodon’s full title is Carcharocles megalodon and has been recognized as the largest fish to ever have lived.

Considering the ancient history of the Megalodon and the rarity of the species, Mr. Shelton emphasized his excitement over discovering the fossil to the BBC claiming that “Sammy was very excited as we’d seen fragments of shark teeth on the beach, but nothing as big and heavy as this”.

Professor Garrod also described the Megalodossil’s aggressive behavior to the BBC claiming they were “specialist whale eaters – they were ambush hunters”.

Uncovering this tooth has prompted discussions about the Megalodon. Scientists have suggested that the Megalodon were present in all seas around the world, not just in the Antarctic where it might be expected.

Sammy went on to tell the BBC that the “massive” Megalodon tooth was his most treasured discovery and could not believe his luck when he found it buried in the sand on the beach – one can imagine that this will light a spark in the already enthralled young fossil seeker.

Discovering this particular Megalodon tooth is fascinating for science as biologists have limited knowledge of the Megalodon species. A biologist at the University of California Riverside, Phillip Sternes, wrote to the BBC that “the reality is that there are presently no scientific means to support…the accuracy of any of the previously published body forms”, therefore discovering a tooth as such helps scientists pinpoint and confirm exact features of the Megalodon, cementing facts about its history.

Sammy’s discovery contributes to the fieldwork that is attempting to piece together ancient biological history through these once-in-a-lifetime discoveries.