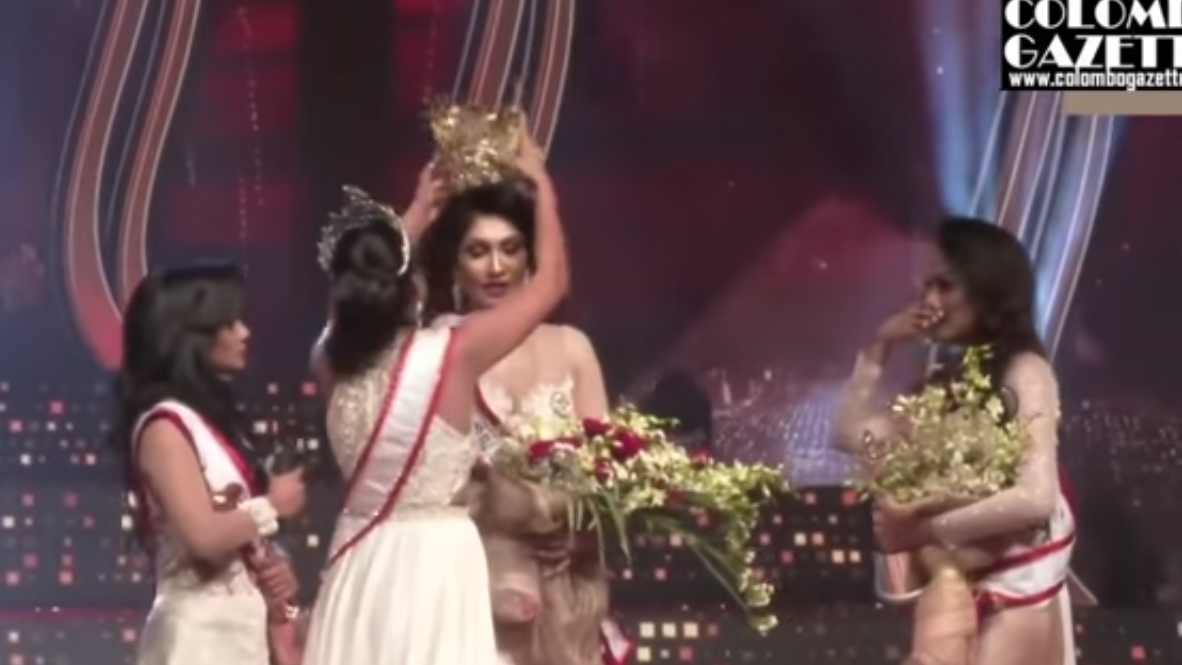 There are problems in paradise, folks. Mrs. Sri Lanka’s crown is removed from her head by Mrs. World on national tv.

At 31, the beauty queen Pushpika De Silva was crowned Mrs. Sri Lanka on April 4. An honor and award that most beauty queens cannot experience.

Yet, no one could prepare her for what would as she stood on stage at the Nelum Pokuna Mahinda Rajapaksa Theatre in Colombo.

Caroline Julie, former titleholder, yanks the crown quite ungracefully from the pageant queen’s head, leaving her with an injury.

Talk about snatching a dream right off someone’s head.

Julie took the crown claiming that there is a rule in which contestants must be married and prohibiting them from being divorced.

Unfortunately, the 29-year-old Julie was not aware that Pushpika was a single mother but not a divorcee.

She wrote that “living separately and being divorced are two completely separate things” in a Facebook post. The fact is the organizers were well aware of the situation well before the ceremony.

Moving forward, the organizers of the event apologized to Pushpika, returned the crown, and that she is the pageant’s winner.

The police questioned Julie due to her erratic behavior in a national event. It is difficult to determine who was most embarrassed. Was it Pushpika in the ceremony or Julie after wrongfully removing the crown?

Have a flair for the dramatic? Read “Dramatic Footage: ISIS Fighter Who Posed With Severed Head Arrested“.