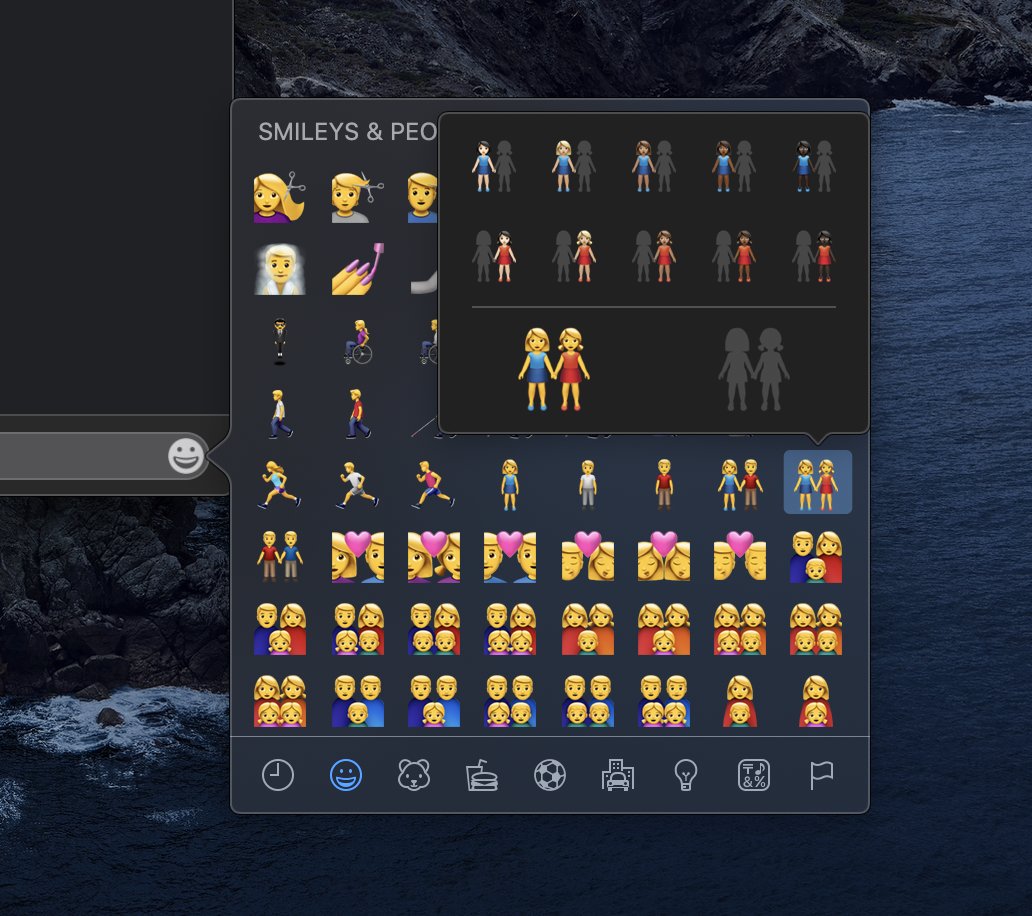 Apple has released that the newest iOS update will include 59 new emojis. Most of the additions are Apple’s attempt to become more inclusive of all the different types of people. For an example, you will see a mechanical arm, disability themes, and a larger variation of skin tones mixed into the older emojis.

If I’m being honest, emojis came out years ago as a cute way to add expression and interactionism to average texting. These days it seems it has become another thing for people to get angry and defensive over.

Is it great that Apple has added the option of more skin tones, gay and lesbian couples, and a wider variety of food and animals? Yes, because these are the basics of representing everyday people. Do we need to get offended that every single variation, disability, hair color, orientation, and combination isn’t prioritized and packed into an update? No.

Maybe the people who are so pissed off about emojis should focus on something a bit more pressing, like Climate Change. Just a thought.

More on emojis, a study by PLOS One published a study that supposedly using emojis in text can lead to more lasting relationships and more sex.

“Across two studies, we assessed attitudes toward and frequency of emoji use, and whether signaling affect via emoji use relates to more romantic and sexual opportunities.

Our findings suggest that emoji use with potential partners is associated with maintaining connection beyond the first date, and more romantic and sexual interactions over the previous year.”

I guess people just really like and care about emojis even to the point of it making them more sexual. Make sure to update your phone ASAP in order to gain access to them yourself and starting landing those dates!