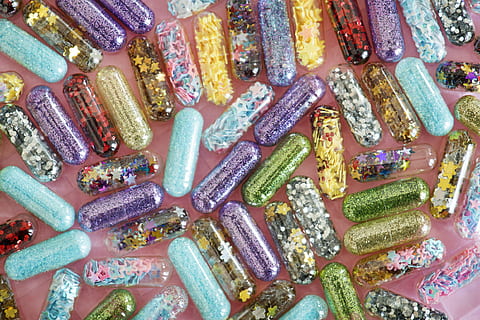 Other than dancing for ages, talking nonsense, or staying up all night, MDMA is also known for causing some people to throw up all their dinner when succumbing to its effects. But the mystery as to why this is such a common effect of the drug still perplexes many of us.

The media and television often portray the effects of this upper in various, often surreal, representations. Whether people have hallucinogenic experiences, or munch their own jaw away, or simply dance for ages giving intense proclamations of love and adoration to their mates. But the reality of the drug may be quite different still.

Nick Hickmott, a representative of the drugs charity We Are With You, reveals the potential factors that cause people who have taken MDMA to spew when they start to feel its effects. Basically, just like taking paracetamol on an empty stomach, or other types of medication and effects, taking an adulterant will always affect the way your body feels, and the way it functions. When a drug is introduced to your bloodstream, it can interact and influence your gut wall, and people can have different levels of tolerance to these changes.

Smoking can cause a greater likeliness of MDMA causing you to spew, but so can anxiety.

Hickmott told VICE, “Particularly for young people, taking drugs can be anxiety-provoking. Even if you are a seasoned user of MDMA, it can be a nervy feeling which is replicated in the stomach. We’re all different, and some people might need a bit of reassurance.” It’s like getting the butterflies before stepping on stage, as the anxiety of unpredictability takes over.

But the reason that MDMA is more particularly nauseating compared to other drugs may be exactly because it increases the production of serotonin in our brain. There has not been any specific recent research in this field, so bear in mind this is mostly investigative speculation. But, serotonin is a hormone that coincidentally also stimulates the part of the brain that controls nausea.

There have been studies that show how serotonin production causes gastrointestinal issues, and there is a solid correlation of nausea being a side-effect common between those who take SSRI anti-depressants. Therefore, it seems safe enough to assume that the same side-effects would be present taking MDMA.

Professor David Nutt, chairman of Drug Science, confirms this correlation: “MDMA releases serotonin and there’s a lot of serotonin in the gut cells. Serotonin is protective and it makes you vomit. You see it with SSRIs and any serotonergic agent.”

Serotonin is known to make “everything move smoothly”, he adds. Considering its benefits to both the brain, an the gut, it also has an additional role of inducing one to vomit when the body has been poisoned. So if you take a lot of MDMA, and it releases large quantities of serotonin as it is programmed to do, it is the same as if you have been given Cisplatin, a chemotherapy drug. Your body under the effects of this increased serotonin and the intention to rid your gut from this foreign substance is registers as poison, is to puke.

For patients who undergo chemotherapy, often take other drugs that may counteract the serotonin receptors from inducing them to vomit. However, this isn’t common amongst takers of MDMA considering it is an illegal drug, therefore no experimentation on that regard has been officiated.

If you are looking for advice on how to prevent feeling nauseous when taking MDMA, however, there isn’t much other than having a full stomach of proper food, taking small quantities of the drug, or none. Even having a full stomach isn’t foolproof, but at least when you are dancing around for ages your body will have some extra healthy energy it can rely on.

However, if you are concerned about if vomiting is a dangerous sign or not, rest assured that Hickmott claims it “isn’t necessarily a red flag.” He adds, “If someone said they had been sick once or twice while coming up, I’d keep an eye on them as a friend or practitioner and check they’re okay. But I’d really be looking for signs such as overheating or rapid heart rate or convulsions before I’d be seeking help.” So see, the best advice is to keep an eye on your friends and making sure that they are feeling okay, but vomiting is a fairly normal reaction.

Just make sure that if you are feeling sick, then to aim for the toilet.

Read here about the effectiveness of Portugal’s decriminalization of drugs.

In this article:drugs, life, MDMA, party