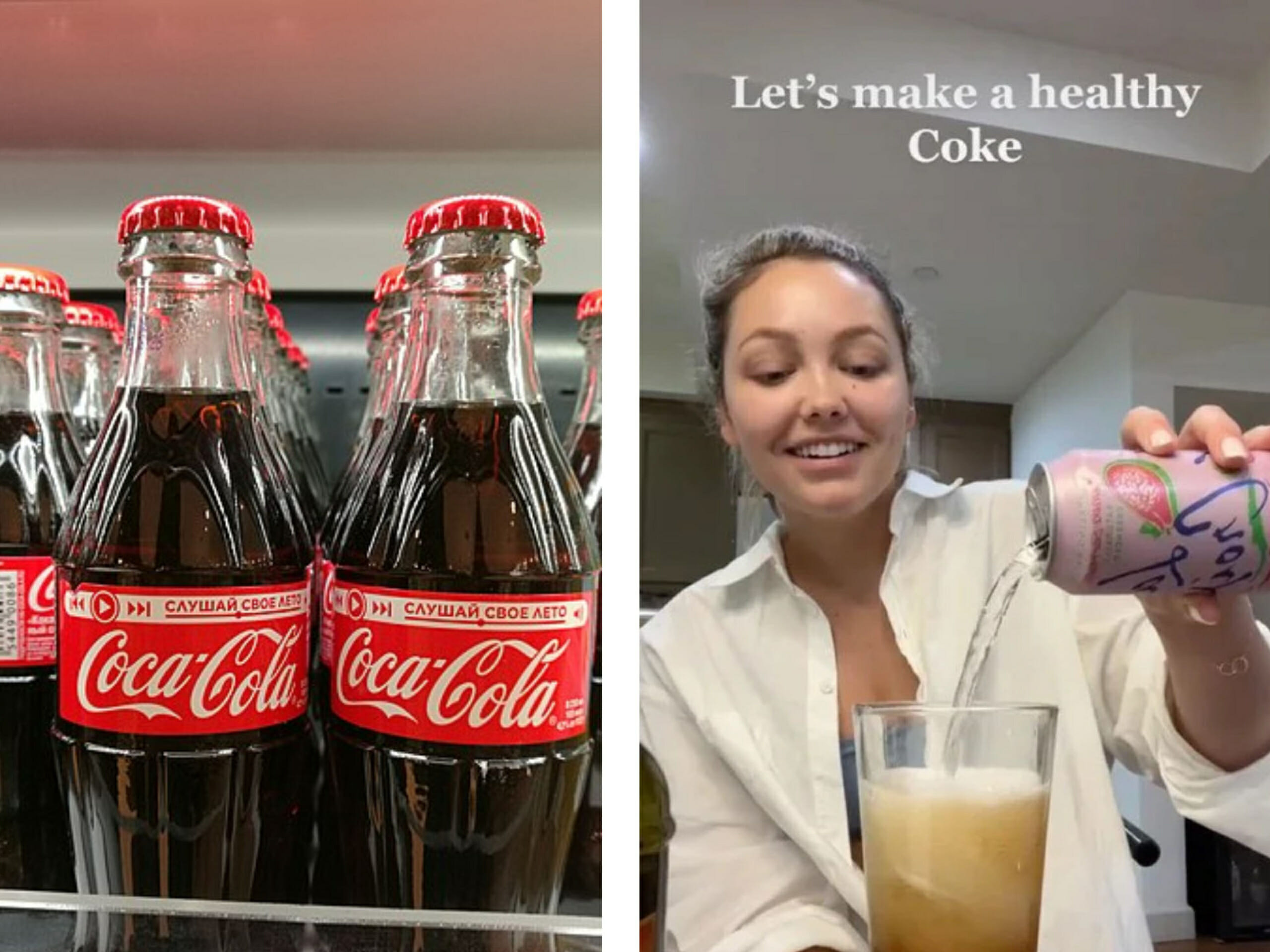 With summer just starting, everyone is looking forward to an ice-cold glass of whatever their favorite drink is whilst soaking up the sun. Whilst soda is delicious, it’s not the healthiest drink to quench your thirst on a hot day. Over on TikTok, user Amanda Jones (@mandyvjones) started a trend with her ‘healthy coke’ recipe, providing a low sugar alternative to the most popular brand of soda. Amanda first shared a video tutorial for this low-sugar alternative to Coca-Cola earlier in June, where she combined a splash of balsamic vinegar with sparkling water in a glass with ice. But many TikTok users are dubious about whether this bizarre combination resembles Cola.

According to Amanda, she learned about the healthy Coke hack from her pilates instructor, who apparently drinks this beverage every day. Although she promises that it tastes exactly like coke, of the more than 6.3 million people who have watched Amanda’s viral TikTok, most say that the drink, while not terrible, tastes nothing like Coke. Some even decided to make it themselves and try it out on video.

Ashley McCrary (@healthylittlepeach) posted a video where she mixed balsamic vinegar mixed with berry-flavored LaCroix. In her caption, she added that whilst it doesn’t taste like coke, it doesn’t taste that bad and is actually refreshing.

Registered dietician @nutritionbykylie also decided to try out the viral ‘hack’. She followed Amanda’s steps by mixing balsamic vinegar with watermelon-flavored LaCroix. Again, she said that it didn’t taste like coke but rather a “carbonated balsamic vinegar”. Doesn’t exactly sound appetizing. Kylie also added that a healthy alternative to Coke or soda isn’t needed, as drinking soda in moderation is totally fine, or you can opt for a diet version of your favorite soda.

So, the ‘healthy coke’ recipe all over TikTok is more of a flop than other viral recipes such as feta pasta and pesto eggs. But sometimes weird combinations of foods or drinks can end up being delicious.

Over on Reddit, people have shared their weird food combos

On the subreddit r/foodhacks, a thread was started up about which foods which shouldn’t go together actually taste amazing when combined. Some of the replies might surprise you.

One of the most popular combinations was jam and cheese, either in a sandwich or just on its own. Whilst it seems gross, mixing salty and sweet foods is actually a winning combination, as salt is a flavor enhancer that will make sweet foods taste even sweeter. That might explain why dipping French fries in ice cream or milkshakes was another popular answer on the subreddit.

Another combination commenters swore by was mixing textures, like adding something crunchy, such as potato or tortilla chips, to something soft, like chili or sandwiches.

Finally, it seems that peanut butter added to anything ends up tasting good. Redditors said that they add it to stir fry, rice, meat, and even Doritos. Maybe peanut butter is destined for greater things than just PB&J sandwiches.