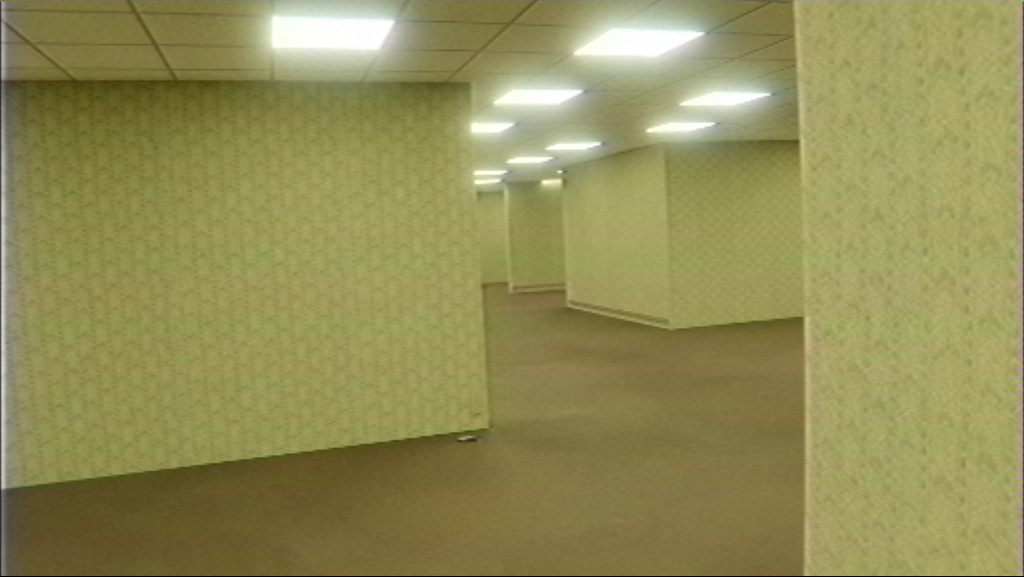 Imagine being trapped in a maze of yellow walls and musty carpets, with only the buzz of the flickering fluorescent lights to be heard, as you wander endless, identical corridors. Everywhere you turn, you’re met with the same environment again and again, for infinity. Feeling spooked yet? You’re not alone if the idea of being stuck in an unescapable dingy maze of rooms sends a shiver down your spine. Many people on the internet have expressed the extreme discomfort that ‘The Backrooms’ causes in them, despite the lack of jump scares, monsters, or masked killers found in this Creepypasta. But what exactly are The Backrooms and why are they so terrifying?

The story and image of The Backrooms come from a 2019 4chan thread on 12 May 2019. The original post came in response to a thread where users were requested to post “disquieting images that just feel ‘off’.” Out of all the images posted, it was the now-infamous image of an empty office space, featuring fluorescent lighting and yellow-tinged walls, which caught the attention of 4chan users. The original poster of the image began to develop the story behind the image, explaining that the image was taken in “the backrooms,” describing it as 600-million square miles of old, moist carpet, and poorly wallpapered corridors.

The Backrooms began gaining popularity away from 4chan as the image was shared across social media and the story was further developed on Creepypasta.com.  The Backrooms soon became popular with writers, artists, filmmakers, and game developers, who further generated content based upon the original post. The Backrooms caught the attention of Kane Pixels (Kane Parsons), who released a short horror film titled The Backrooms (Found Footage). Kane’s short film, which expanded into a series focused on the Backrooms, further fuelled the internet’s fascination with them.

How do you end up in The Backrooms and why are they so scary?

The most popular theory about how someone enters the Backrooms claims that a person can ‘noclip’ out of reality and end up stuck in the Backrooms, which are believed to exist in an alternate reality. ‘Noclip’ is a video game-related term originating from Source Engine games and describes when a player passes through a physical boundary that would otherwise block their way. Almost like a glitch in the matrix, if someone ‘noclips’ out of reality, they can accidentally end up in an alternate reality, becoming trapped in the Backrooms. It’s this idea of accidentally ending up in such an unsettling environment with no escape which makes the Backrooms so terrifying.

If being trapped isn’t horrific enough, the Backrooms are said to be stalked by bizarre creatures which can teleport. There’s nowhere to hide in the backrooms and no way out unless you figure out how to noclip back into the reality you once lived in. Being hunted down by some unknown cryptid just adds to the claustrophobia and horror of the Backrooms.

What seems to attract horror fans to the Backrooms is their uncanniness, as they are described as ‘liminal spaces’, which are photos that evoke a sense of nostalgia and uncertainty. The Backrooms have been related to the concept of kenopsia, which describes the eerie atmosphere of a place that’s usually bustling with people but is now abandoned and empty. Since the Backrooms are such a unique yet simple concept, they’ve created a whole new niche in the catalog of online horror content.