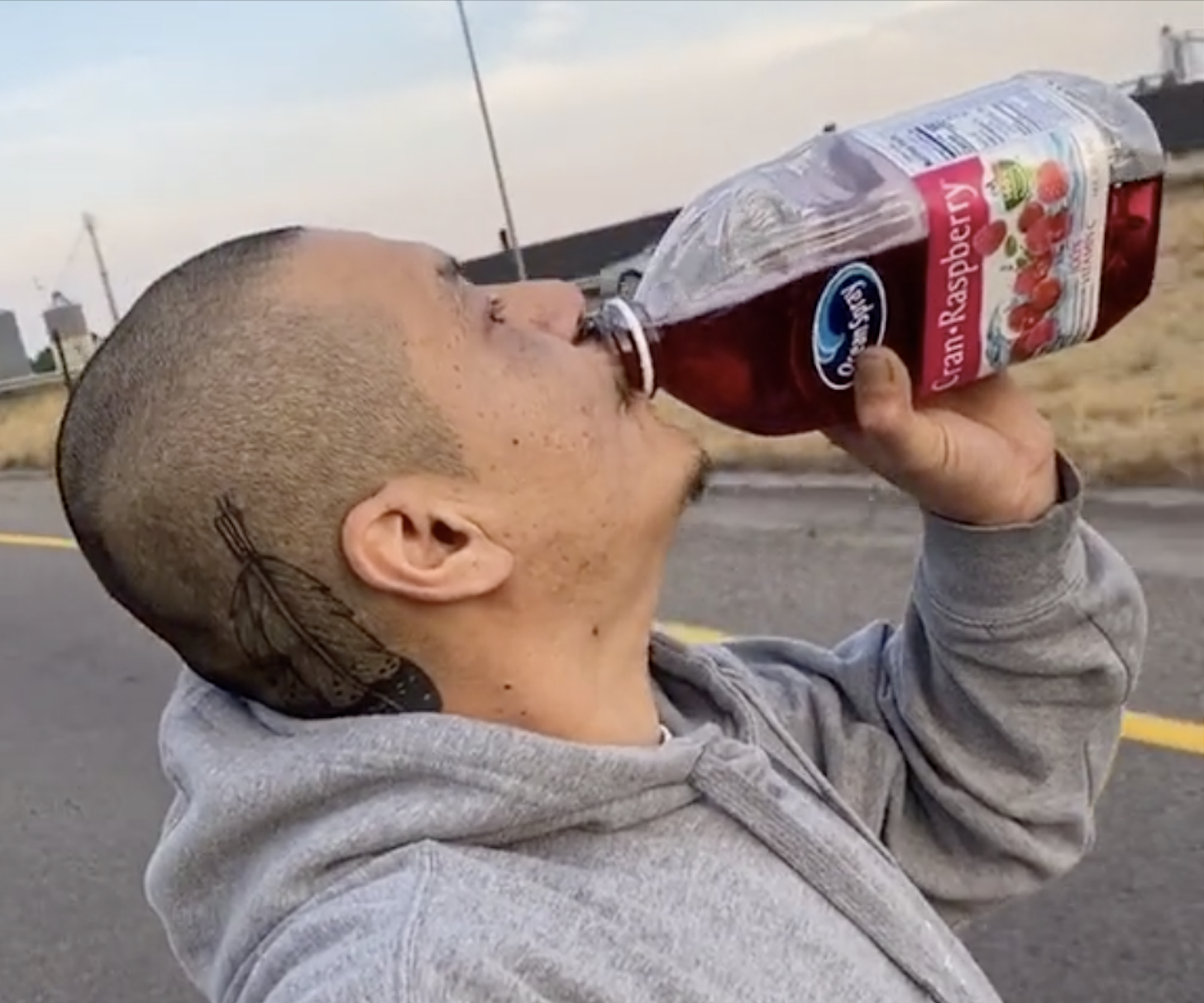 Nathan Apodaca finds his life rapidly changing following the viral popularity of his TikTok video as he receives sponsorships and donations from supporters and fans.

The video features Apodaca skateboarding down the road while listening to Fleetwood Mac’s “Dreams”. His attitude appears serene as he nonchalantly sips from a jug of Ocean Spray’s cranberry juice, relishing in the morning air.

Apodaca was residing in an RV until his video reached a massive audience and people learned of his living situation, at once sending him a plethora of donations. With the aid of these donations, as well as the money he had been saving in recent months, Apodaca was able to purchase a 5-bedroom, 3-bathroom home in Idaho Falls, Idaho for him and his family.

Apodaca shares his feelings with PEOPLE: “it’s just insane. I’m blessed and I’m happy that I’m able to bless those around me.

“With all the donations that I got from before, and the work I got from the video with my new manager, she’s been a blessing. She’s been connecting me with people that I haven’t ever been able to talk to myself. You know what I mean?”

Immediately following the video’s popularity, Ocean Spray presented Apodaca with a brand new truck. Additionally, the company is sending him and his fiancé, Estela Chavez, on a honeymoon. Apodaca has expressed immense gratitude for the company’s gestures.

Apodaca especially loves the amount of space his new home provides which, transitioning away from an RV, is a substantial change: “We have a whole house underneath us. We’re just upstairs sleeping in our room, and trying to utilize the space. We got a whole different house downstairs. I just love it that it’s nice and spacious.”

Apodaca says the new home will grant everyone a comfortable space, including his youngest daughter who now has her own room: “Before, when I was in my RV, she would go stay with my mom or my sister, and still come over and visit in the daytime and then go because I didn’t have no room, you know? So it’s just awesome.”

It’s definitely refreshing to see someone as kind-hearted as Apodaca receive something so positive. Hopefully there will be more instances similar to Apodaca’s occurring in the future!