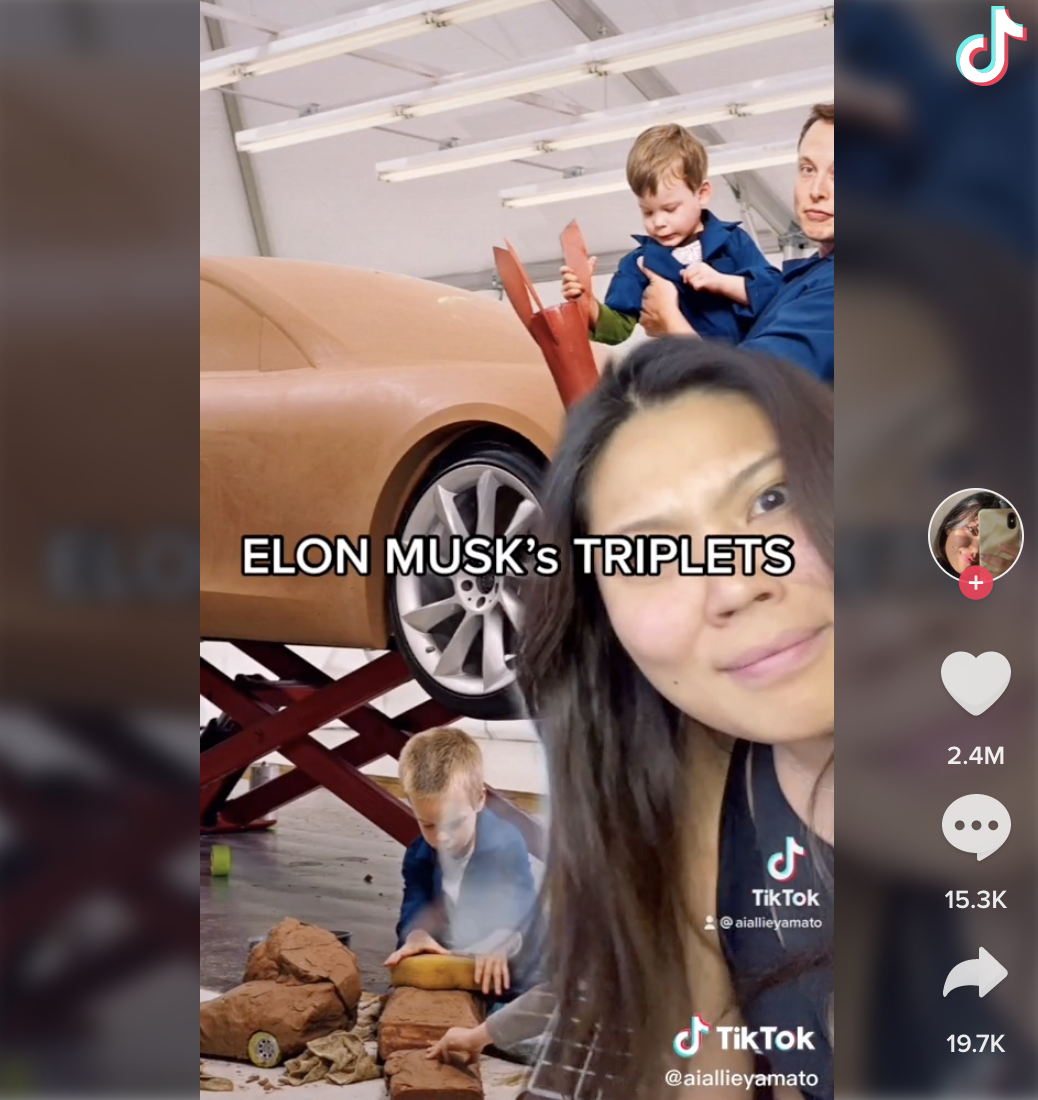 Ai Yamato, a babysitter based in California got more than she bargained for when the children she usually babysat invited three friends over for a sleepover; and neglected to mention exactly who their parents were.

Prompted by the TikTok trend of users sharing their ‘craziest one-in-a-million’ stories, Yamato took to her TikTok account to reveal her own experience.

“The girl who I was babysitting failed to inform me that they were Elon Musk’s triplets!”

It was only after the kids’ departure that Yamato (much to her understandable surprise) found out that her guests were none other than Elon Musk’s triplets.

Yamato continued to share some further anecdotes of the family in a subsequent series of TikToks:

Surprisingly, the celebrity cameos didn’t end there, as the household is revealed to have been somewhat of a celebrity hotspot without her knowledge, with her second video revealing Bob Sheen (child of the infamous Charlie Sheen) stopped by for a quick meal of eggs and toast.

Evidently, the saga didn’t end there, as Yamato continued into a part 3:

In a pleasant turn of events, Yamato mentions that the Musk trio were all exceptionally well-behaved and good-mannered. It’s nice to see that the rich-kid stereotype doesn’t necessarily always come true.

And so, with a fourth and final TikTok, Yamato’s story came to an end.

While the weekend may have been generally uneventful (save for an evidently memorable trip to Whole Foods) sometimes life is jarring enough to remind us that celebrities are people who need babysitters just like you or me.

Celebrities or not, I hope they at least tipped Yamato well considering she ended up taking care of more than double the number of kids she signed up for.