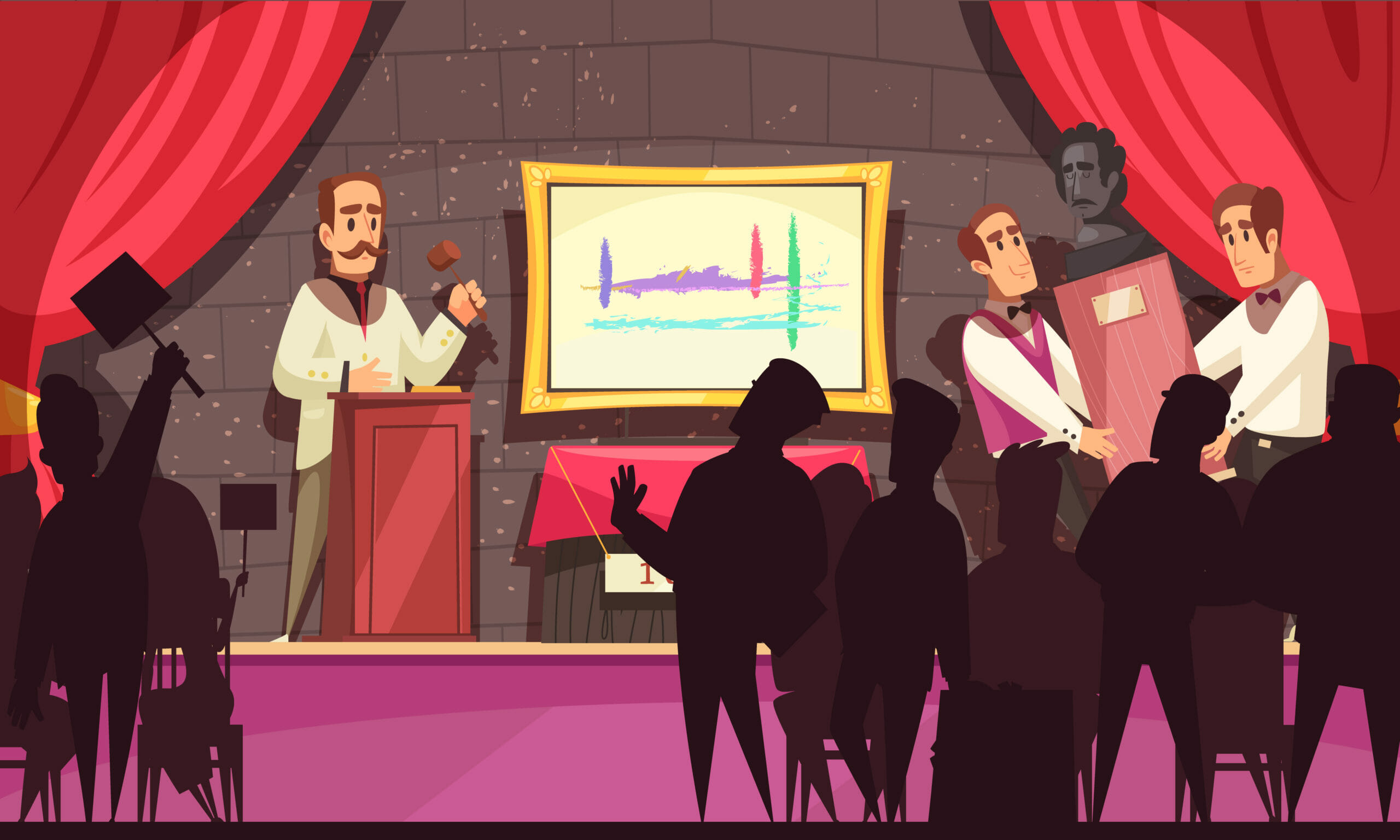 We all have a favourite TV show, film, musical artist or random inanimate objects, but how much would you be willing to pay for a piece of merchandise?

You can collect pretty much anything, from the newly-infamous NFTs to ancient antiques – if you can buy it once, you can buy it several times and that’s essentially what a collection is! Whether you fancy having a room dedicated to your collector’s items or simply want something to display in your living room, there’s a wide variety of options to choose from.

With any products, there’s a pricetag, and there’s a big difference between what you can opt to pay for. If you’re running on a tight budget or only starting out with your collecting, then you can pay the bare minimum and only spend a few coins. Or, if you have a deeper pocket to spend on a high-priced item, you can put 7 figures down and really boost your bragging rights.

There’s no denying that having an original item from a movie in your home is incredibly desirable, especially if it’s from your favourite film. Movie props vary from an accessory or piece of clothing worn by an actor to fully functioning items, including the likes of cars and robots. There are plenty of fakes out there though, so if you are looking to start/expand a collection, do your research first – if it seems too good to be true, it probably is. It’s unlikely you’d start a collection with such a prestigious item, but if you want to throw yourself in the deep end, be careful!

Most Expensive: $5.375 million – ‘Robby the Robot’ from the cult classic Forbidden Planet

To take out of the box or to not take out of the box, that is the question! Something more achievable than a 7-foot robot is a 4-inch figure that you can quite literally find in your nearest shop – supermarkets included. Films, TV shows, sports figures, musicians, animals and McDonald’s mascots are amongst the long list of options to collect… if Funko hasn’t made a Pop for it, it probably isn’t worth knowing about. Starting from an average retail price of £10, they’re a perfect starting block or stand-alone piece for anyone. As with anything, there’s a costly side to Funko Pops, with certain items being ‘vaulted’ (no longer available to buy in stores) and limited editions or only sold in certain shops. There’s also an online price tracker to see how much each Pop is worth so you can assess whether the value has increased since you bought it. Remember: they’re always worth more with the box.

Most Expensive: $13,300 – Alex DeLarge from the Clockwork Orange movie collection

This isn’t just your basic paperback collection, although there is nothing wrong with having a never-ending TBR shelf! Literary lovers alike will know the prestige that comes with first-edition novels (they’ll also know the hefty price tag, but money is no object for some bookworms) due to their rarity and exclusiveness. Even books with typos in them can be worth hundreds of pounds simply because of how uncommon they are. Comic books and graphic novels are also highly collectable items, with high prices being attached to similarly rare editions.

Most Expensive: $11.7 million – “The Gospel of Henry the Lion” by Order of Saint Benedict

According to the World Sports Encyclopedia (2003) there are over 8,000 sports, so the list of what you can collect is rather long. Jerseys, signatures, balls caught in the crowd… you name it, sports fans will want it. And we all know how competitive sports fans can get so it’s no shock that they want to highlight their teams’ success in the form of various objects.

Alcohol connoisseurs will scower the earth for the best available drink, even setting aside millions of dollars to achieve it. The typical rule for alcohol is that the older it is, the higher the price, which is why they double as a great investment piece! One man bought a bottle of whiskey every year on his son’s birthday until he became an adult and the collection ended up being worth over £40,000. How the bottles were not opened over the 18 years is unbeknownst to us…

From Van Gogh to Banksy, art is something we can all admire, and it doesn’t even have to be something high-end. Modern technology has allowed for so many new methods of making art, including digital paintings and 3D printers. There’s still the typical statues and world-renowned paintings, but there are more art forms than ever before and it makes for a very creative world.

One of the highest entry price points for collectables, cars serve more purpose than simply being a mode of transport. Vintage cars have a large fan following, with the likes of car conventions and shows displaying owners’ prized possessions for all to see. New cars also have a wide appeal, with the likes of Ferraris, Porsches and other sports cars offering style as well as speed.

As vague as it may seem, antiques are one of the most common collector’s items, with pretty much anything counting as an antique. And prices start at the bare minimum of £1 (maybe even less if you snag a real bargain) if you are savvy enough to know where to look for cheap, old items. Fairs are a perfect place to start off a collection, with the option for bartering leading to the lowest price possible. Online sites such as eBay are also hotspots for finding antiques, but always do your research and don’t get scammed!

Not quite the cutesy animated trolls from the recent DreamWorks movies, but these retro figures were all the rage back in the 1960s. First created by a Danish man in 1959, the gravity-defying-hair dolls were, and still are, a popular collectable. You can even buy special occasion trolls; who wouldn’t want to receive a married troll couple as a wedding gift?! They’re not the most valuable items, but they excel on fun factor and would brighten up any shelf.

A rather random one, lunchboxes, like many other items on this list, are both practical and collectable, with certain editions selling for way more than you’d expect. And on the theme of unexpectedness, Dave Bautista, ex-WWE star and actor, has his own lunchbox collection in his home and has been collecting them since 2003!

A new one on the collectable list is NFTs, or Non-Fungible Tokens, which have gained immense popularity over recent months due to their extortionate pricing. Essentially, an NFT is an online photo that a person buys and then owns the digital rights to. It’s important to note that these are solely digital and would never be an item you can physically touch, hence their name. So why pay so much money for one? We don’t know either, to be honest.

Pokemon, sports cards, top trumps… you name it and there will be a card on it. Most collectable cards are advertised for children, with the ability to trade and complete your collection amongst friends making them fun to play with. However, not all of these cards are ones you would want your kids touching. Whether you frame them, home them in a protective folder or live life on the edge by presenting them in their most naked form, you’d want to brag about the rarity of some of these cards, that’s for sure.

We all know that vinyl is more costly than a CD, but some of them are significantly more than you’d be used to paying. You might not even want to risk playing them in case they lose their monetary value, but vinyl records will always have some form of sentimental value at least.

Most Expensive: $2 million – “Once Upon A Time In Shaolin” by the Wu-Tang Clan