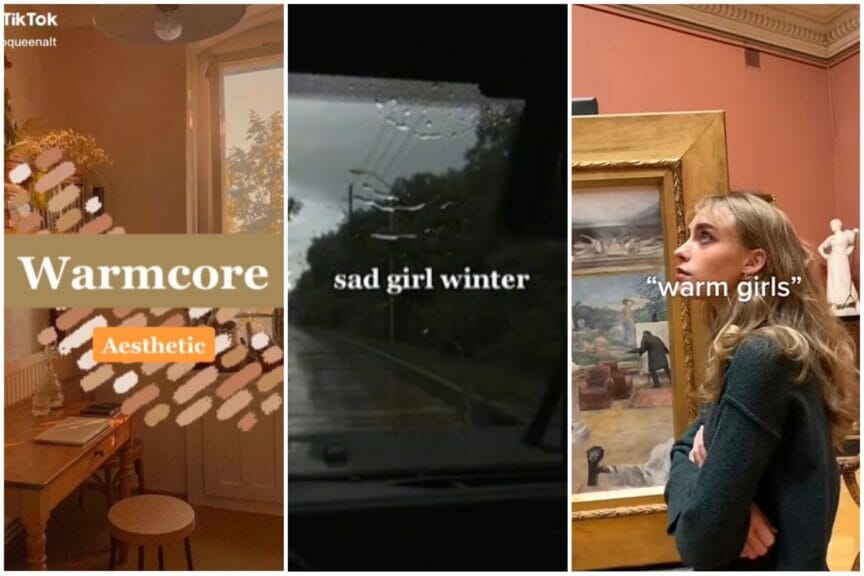 The concept of an ‘aesthetic’ came to most peoples’ attention in 2020, when Cottagcore began to dominate everyone’s social media feeds. More seasoned internet users will remember how the ‘soft grunge‘ aesthetic ruled Tumblr in the 2010s. However, the number of aesthetics has grown exponentially. In 2020, internet traffic to Aesthetics Wiki increased by nearly 10,000%. But when every style or interest is categorised as a certain aesthetic, people feel pressured to categorise themselves too. So, has ‘label culture’ gone too far?

An aesthetic, according to its modern definition, is the visual identity of an online subculture. Aesthetics vary significantly as some can be actively practised whilst others are just ‘visual schemas’ that don’t exist outside of the internet.  Although some aesthetics are more interactive, they are still an almost entirely online phenomenon. In fact, aesthetics, unlike older subcultures like punk or goth, were born online in the 2010s. Back when Tumblr was one of the more popular social media sites, people created image sets on their blogs. These image sets were based on a colour scheme or a theme. Over time these evolved into aesthetics such as ‘soft grunge’ and ‘vaporwave’.

Aesthetics really began taking off in 2020, as they offered people a form of escapism and community during lockdowns. However, after lockdowns lifted, having an aesthetic remained a core part of being online. Aesthetics have become more trend-driven, more interchangeable, and ever-changing.

The categorisation of things as aesthetics shows how social media puts pressure on people to categorise themselves. Having an aesthetic and sticking to it has become a way to ‘brand’ yourself and tailor your online identity to match what is trending. Aesthetics are a form of digital marketing where an individual can earn more followers and popularity by ‘selling’ their life as aesthetic content.

Social media has a habit of making us believe our lives should align with specific categories. Rather than just being a person with an interest or hobby, you are in your ‘fairycore era’ or are a ‘clean girl’. These labels act to brand people and what they post online, making it all fit into neat categories. Due to this, people start to feel dissatisfied with themselves if they don’t fit into a single aesthetic. However, an aesthetic can go from trendy to forgotten in a matter of weeks. This leads to people jumping from one aesthetic to another as they try to find a category they fit into.

Adopting an aesthetic isn’t about self-expression anymore. It’s all about curating an image

As mentioned, social media has made aesthetics all about creating content that will be popular. Rather than joining an aesthetic out of genuine interest or passion for it, many people select aesthetics that will look good online. Even if a person takes part in hobbies associated with the aesthetic, they do so simply because it is part of the aesthetic. With something like Dark Academia, instead of focusing on the academia bit, the focus is on taking pictures of your aesthetic room or dressing the part. Everything about aesthetics is about curating an image and a life that would fit in on a Pinterest mood board. People may even give up on hobbies or interests solely because they do not fit their current aesthetic. Instead of being creatively liberating, aesthetics have become constrictive.

By focusing so heavily on fitting a superficial theme or category, people have begun to curate their lives rigidly. Everything we do online or offline has to fit into the category we believe we are in, and if it doesn’t, we often feel guilty. Think about anytime you’ve second-guessed an Instagram post that doesn’t “fit” your feed or have decided against buying an item of clothing because it doesn’t work with your “look”. The label culture online has gone too far, as it has begun to control our lives outside of social media. Don’t sacrifice your individuality and identity just to fit a category dreamed up online. Life isn’t a Pinterest mood board or Instagram feed, it’s ok to fit into many different categories (or none at all).