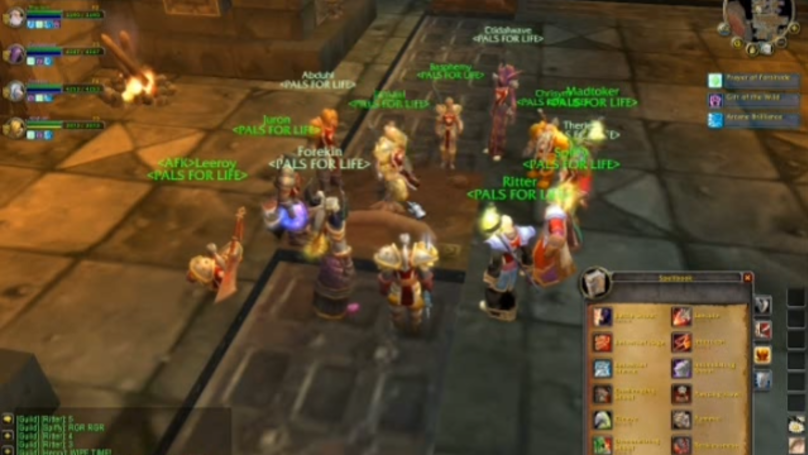 Throughout the history of memes, one video goes down as memeable gold.

A year after the release of the fourth installment of the online game World of Warcraft in 2004, Warcraft Movies aired a little video. This video not only captures the frustration of lack of coordination with group game play but also reveals the funnier side of when all hell breaks loose.

The video shows a bunch of World of Warcraft players huddled together with their clan: the Pals for Life. They’re seen breaking down their elaborate plan of attack right before they jumped into the next battle. Their plan is so complicated, even down to their chance of survival, which they calculated to be 32.33 percent.

However, luck was not on their side. Their plan went completely out of the window as the character Leeroy Jenkins, played by human user Ben Shultz, missed out on the plan because he was in the kitchen making food and missed out on the very tactical plan. Leeroy Jenkins tore apart from his clan and bravely charged into the battle, but not without first battle-crying his name, something that will forever be laughed at by the YouTube community.

I’m sure we can all relate on the frustrations of well-thought out plans going left because of one unfocused player. Here’s the hilarious footage here:

As with all people responsible or involved in memes and memeable videos, Ben became internet famous. He spoke to National Public Radio, saying “[The players] were drinking 40ozs and just yelling at each other so now I’m famous for that”.

Since the video’s release, it’s reached over 46 million views. Even the executives at World of Warcraft saw it and they loved Ben, so much so that in 2006, they featured him in a World of Warcraft trading card game. Two years after that, they also made him into a figurine. World of Warcraft also created an achievement in his honor. “Leeeeeeeeeeeeeeeeeeeroy!” is awarded to players who kill 50 rookery whelps within 15 seconds. EA Games even offered him the awesome opportunity of becoming a video game tester. Ben, however, turned it down.

Ben and his Pals for Life clan are not only responsible for the entertainment of millions who have access to the video but also the American army. Captain Robert Chamberlain, who wrote an article about it in the Armed Forces Journal in 2009, seemed to think that the video was valuable in training Iraqi troops. Yes, you read that right.

Captain Chamberlain says: “The video, which has been viewed more than 10 million times, is analogous to the disparity between the deliberation with which American forces approach counterinsurgency and the blunt ignorance with which they approach advising”.

Now, there are rumors going around that Pals for Life probably staged the whole thing to hint that some people plan out every single move instead of actually just playing the game. Whether you believe this or not, it doesn’t change the fact that this video made internet history and will always be a source of laughter and relatable chaos.

If you thought this video was funny, you should check out This Guy Who Dares His Apprentice to Walk the Plank!