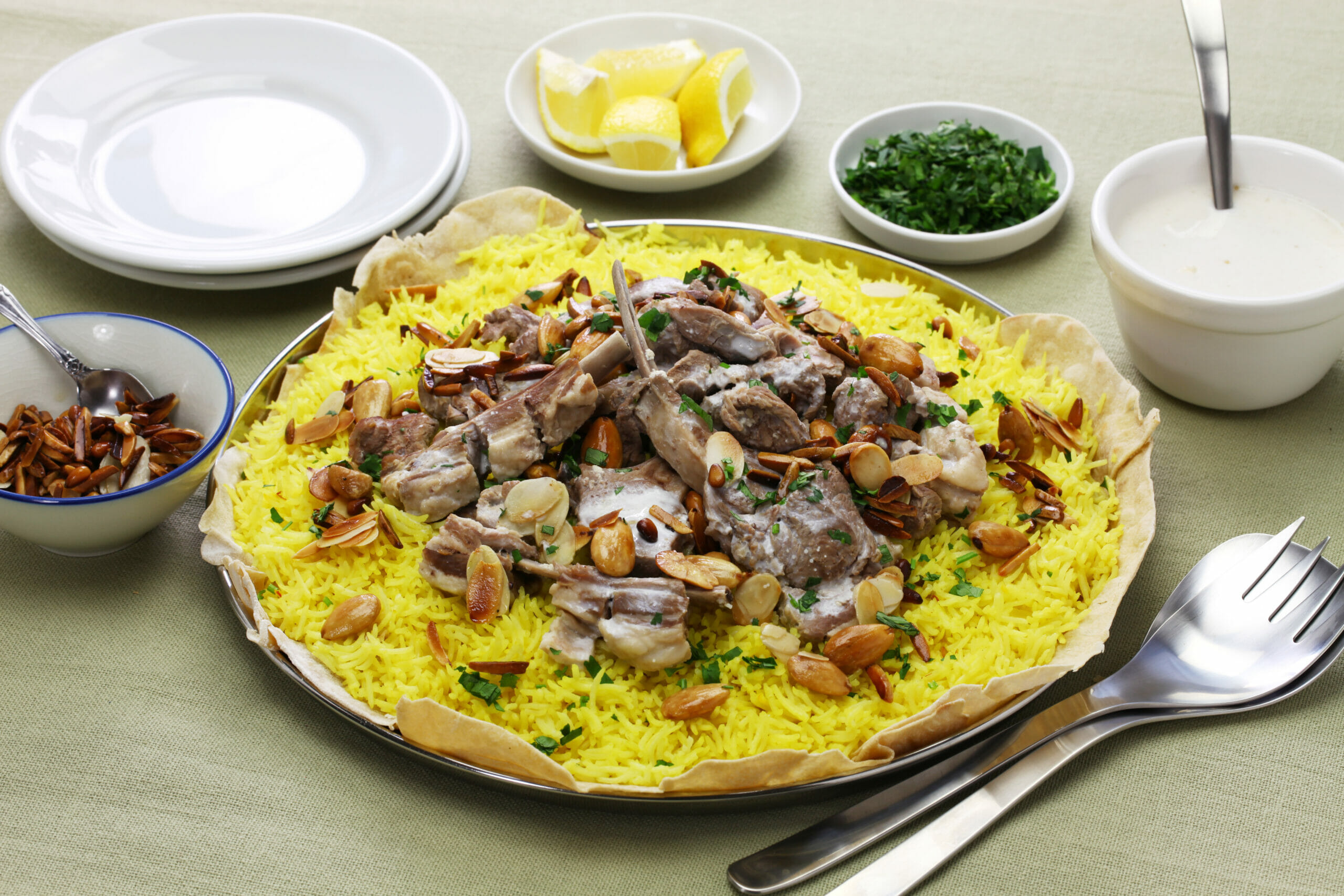 Restauranteur Muhammad Taher, 52, spilled food on his suit while eating in his car, as some of us do as we arrive just on time to work (or five, or ten, or twenty, or… minutes late).

That’s when the idea came: to take Jordan’s national dish, mansaf, and sell it in a to-go cup.

Mansaf, a Jordanian treasure, comprises lamb cooked in a fermented dried yogurt sauce served with rice or bulgur, and it is generally eaten by hand. Taher thought to capitalize on his likely universal experience, finding mansaf a perhaps easily spillable dish.

Not long after, Taher opened Our Mansaf in a Cup, his own shop offering the traditional dish at a discount-level price of one dinar, or the equivalent of about $1.40.

“People were surprised at first,” said Taher. He added that some customers praised his innovation.

But again, in a country steeped in tradition and governed by a conservative monarchy, change and innovation of long-held practices are scrutinized and welcomed with skepticism.

Yet it didn’t take long for others to commercialize Taher’s idea, even amid growing criticism from a more conservative base accusing Taher of affronting the Jordanian dish and the country’s cultural heritage.

One Jordanian columnist, Abdul-Hadi al-Majali, wrote that, “What is happening is not just a matter of food, but a way of mocking the people’s heritage. And when you mock the heritage of a people in this way,” al-Majali wrote, “it is a prelude to trivializing what is most important and diluting or dissolving identity.”

Almost a metonymy or a microcosm of traditionalists and their struggle against innovators, the mansaf debacle has stirred the Arab kingdom for two years. The conservative argument questions how much the culinary heritage can evolve before losing the very essence of the dish in the first place.

“They took the dignity away from mansaf,” Muhammad al-Tarawneh, a mansaf chef in Karak, Jordan, the site considered the dish’s homeland, opined. For al-Tarawneh, the mere idea of mansaf in a cup is a blatant affront to the dish’s legacy.

While the future of Taher’s innovation remains uncertain in the midst of this cultural battle being waged, one thing certainly remains certain: the reign of money is unfaltering.

When Taher opened Our Mansaf in a Cup in Amman, the nation’s capital, in the first months of 2020, sales soared and diners queued to get a taste of this innovative if audacious, idea. Soon, others witnessing Taher’s success opened their own iterations in the nation’s capital and elsewhere.

As attacks to the dish’s integrity continue, such as some shop’s decision to use beef instead of mutton, again, money prevails. Though some worry that the novelty of mansaf in a paper to-go cup may wane, the staying power of Taher’s innovation and its ability to withstand traditionalist attack, remains to be seen.

Enjoyed this read? Check out more like it: What Is The Healthy Coke Trend And Does It Even Taste Good?