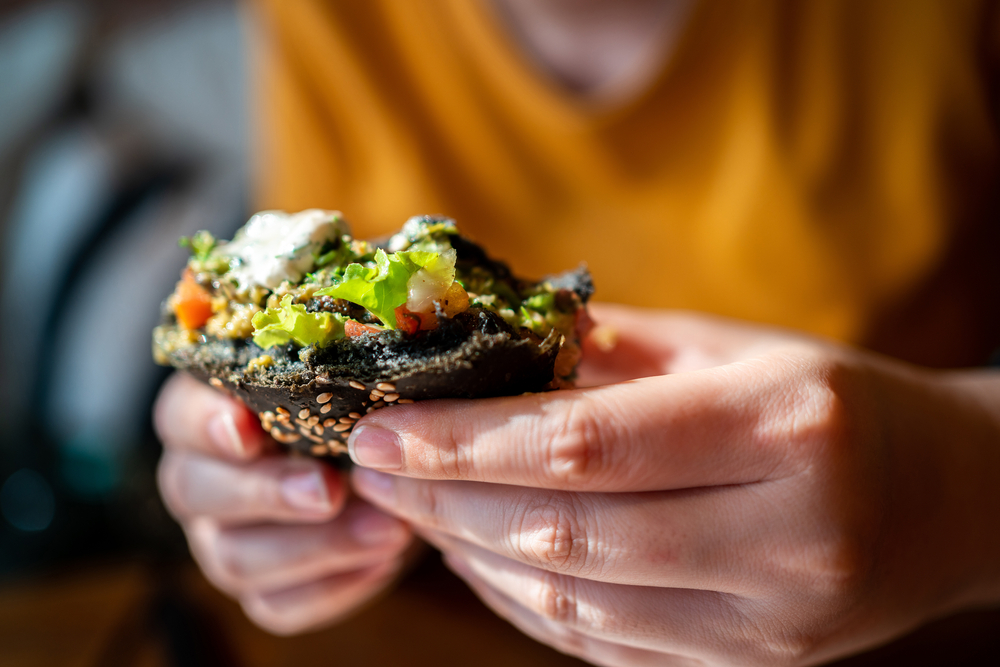 Vegans always seem to want to push the envelope in regards to their food concoctions. From xanthan gum to nutritional yeast, there is no shortage of food and animal-like items that are used to make vegan meals more palatable. What vegans seem to be missing, however, is the blood that drips out of meat when one takes a bite of it. Say what?

You’d think for people who are all about the ethical treatment of animals and refuse to eat animal products of any kind would not like to see blood while eating fake meat. But it seems as though biting into a black bean or tofu burger just doesn’t have the same effect as a real-beef patty.

Vegans in England were up in arms after they realized the American Impossible burger wasn’t available in their country. For reference, the Impossible is a burger that sizzles, bleeds, smells, and tastes like beef but is actually made from heme.

Mildred’s, a vegan restaurant in England, recently launched their version of the American Impossible called the B12. It was a good step in the right direction for Europe in creating a no-bleed burger.

Then Iceland introduced the real kicker.

On April 9th, Iceland debuted its No Bull Burger at supermarkets across the country. And it only cost £2 for two patties! At minimum, that’s a about four times less than one would pay in a sit-down restaurant for a regular burger.

One of Iceland’s leading chefs, Neil Nugent, had this to say about the bleeding vegan burgers:

“We pride ourselves on food innovation and always love a challenge in the kitchen.

After seeing the popularity of these vegan burgers in America, we were inspired to create the No Bull Burger, which is perfect for UK freezers.

You’d really struggle to tell the difference. It grills just like a regular burger so is brilliant for BBQ season this summer.”

The No Bull Burger is made out of a soya bean base – rather than beef – to give it meatiness. Beetroot powder provides that oozing bleeding quality.

While it doesn’t sound too appetizing for carnivores, heck, with that price maybe we should all switch to veganism!

Even McDonald’s might be jumping on the vegan train with its McVegan burger. Check it out here.