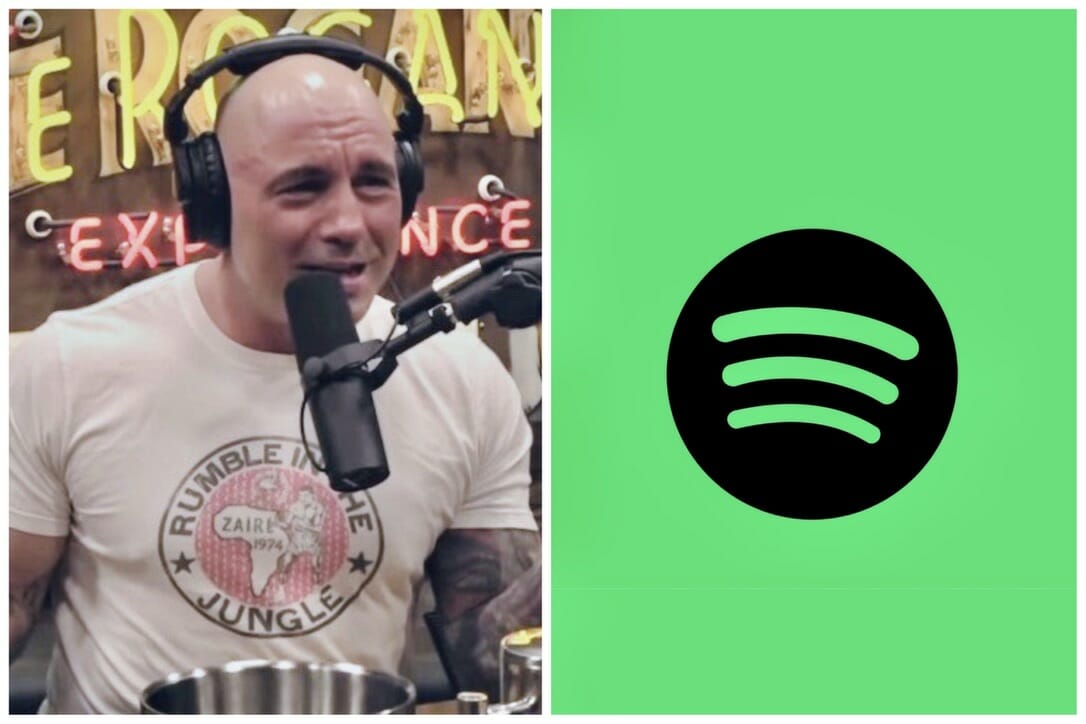 Last Monday, Canadian-American folk star Neil Young posted a now-deleted letter demanding his music be removed from Spotify. Why? He doesn’t want his music to share a home with Joe Rogan.

“I want you to let Spotify know immediately TODAY that I want all my music off their platform. They can have Rogan or Young. Not both.”

In his letter, Young addressed Rogan’s podcast The Joe Rogan Experience. Young called attention to the podcast’s controversial host, who has made frequent and inaccurate claims surrounding the covid-19 pandemic and vaccine.

“I am doing this because Spotify is spreading fake information about vaccines – potentially causing death to those who believe the disinformation being spread by them.”

Young is not the first to raise concerns over Rogan’s podcast. Last month, 270 figures from the scientific community—including doctors, scientists, and healthcare professionals—signed an open letter urging Spotify to improve its policies on vaccine misinformation.

The letter cited Rogan’s interview with Dr. Robert Malone, a scientist backed by the anti-vax movement. Both men were criticized for promoting conspiracy theories, including Malone’s false statement that getting vaccinated puts people who’ve already had covid-19 at higher risk.

Rogan has clarified he is “not an anti-vax person” nor “an authority on health.” However, with his millions of listeners, it is hard to imagine he hasn’t discouraged at least one person from getting vaccinated.

“With an estimated 11 million listeners per episode, JRE [the Joe Rogan Experience] which is hosted exclusively on Spotify, is the world’s largest podcast and has tremendous influence,”

In the end, Spotify sided with Rogan, removing Young’s catalog in the process.

The company defended its decision by explaining they “want all the world’s music and audio content to be available to Spotify users.” Spotify also added it had already removed “over 20,000 podcast episodes related to covid-19 since the start of the pandemic” —except Rogan’s.

Spotify’s decision wasn’t a surprise to anyone, having signed a $100 million deal with Rogan back in late 2020.

Plus, a leaked newsletter showed Rogan’s podcast accounted for nearly 5% of Spotify’s total podcast listeners back in September 2020. (The percentage has since changed following Young’s ultimatum).

By comparison, Young’s Spotify listeners total six million, a meager fraction compared to Rogan’s audience. In fact, Young admitted he will lose 60 percent of his worldwide streaming income all “in the name of Truth.”

Despite Young’s fatal end, the musician has received large support from fans and the medical community alike– including the WHO’s director-general, Tedros Adhanom Ghebreyesus.

On Friday, Singer-songwriter Joni Mitchell announced she will also be removing her music from Spotify “in solidarity” with Young.

“Irresponsible people are spreading lies that are costing people their lives. I stand in solidarity with Neil Young and the global scientific and medical communities on this issue.”

More musicians are yet to join Young’s boycott, particularly high-profile artists. Young’s critics are largely skeptical over the musician’s impact following his announcement and departure. (Then there’s Gen Z asking who TF is Neil Young in the first place– mocking the artist’s relevance ).

But hey, he’s at least got us talking, so that’s something. As for Joe Rogan, controversy continues to weigh down on his shoulders.