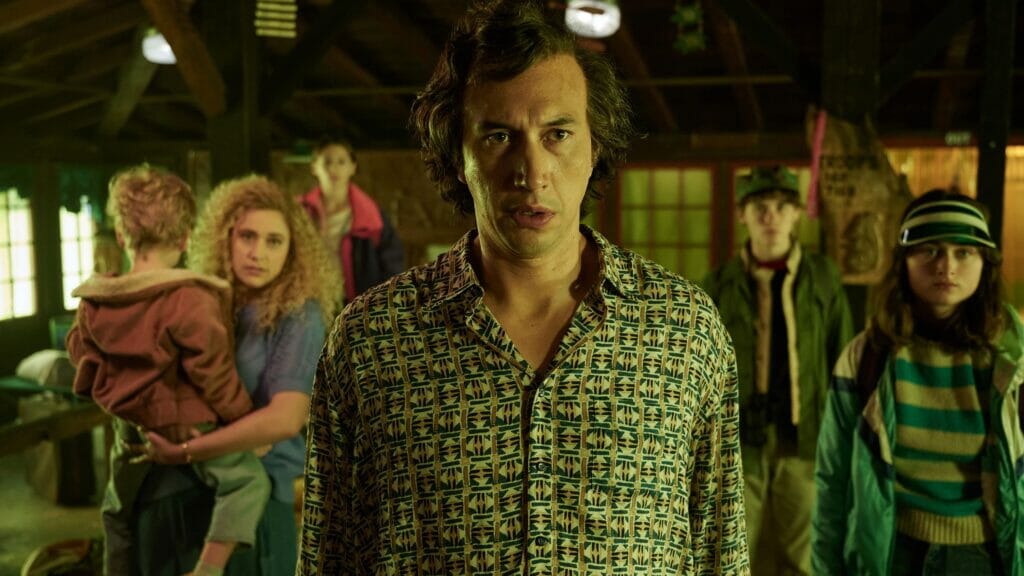 White Noise is an absurdist comedy-drama movie inspired by a novel by Don DeLillo, published by Viking Press in 1985. It is about the life of Jack Gladney, a middle-aged and overly concerned professor of Hitler studies who is worried and obsessed over death. The novel received appreciation from readers worldwide and has won the U.S. National Book Award for Fiction.

The movie was announced in 2021, and it was revealed that Noah Baumbach would be part of this project. The film debuted on August 31, 2022, at the 79th Venice International Film Festival. Later on, it was made available for streaming on Netflix on December 30, 2022. The film stars Adam Driver as Prof. Jack Gladney, Greta Gerwig as Babette Gladney and Don Cheadle as Prof. Murray Siskind in lead roles.

The film focuses on Jack, his fourth wife, Babette, and their four kids. The film is about a traumatic incident of an explosive train accident that casts a cloud of chemical waste over their town. The film focuses on death and isolation and the aftermath of this incident as the members of the family struggle to adapt after going through such trauma.

As per the novel, this story is set in a small, fictional Midwestern town, and the movie is filmed in Ohio. The film is set sometime in the 1980s, and The exact geographical setting of it has yet to be discovered. It can be easily seen from the costumes, hairstyles and makeup of the cast.

The novel and the film focused on the rise of “toxic consciousness” that was normal and famous in the 1980s. It is about the relation of mankind to nature and the environment.