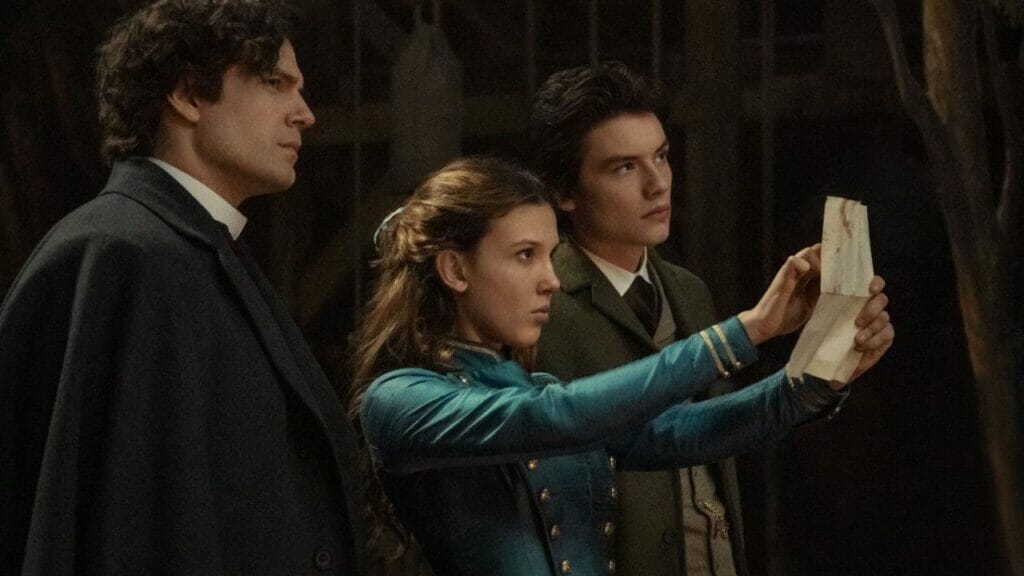 Enola Holmes 1 was centred around The Case of the Missing Marquess, and the sequel is somewhat based on the second book in the series, The Case of the Left-Handed Lady. The film was shot in October 2021 and was officially finished in January 2022.

In Enola Holmes 2, cunning Enola starts her career as a detective-for-hire. Unfortunately, the detective job for a young girl in 19th-century England isn’t the best. Most people would prefer to talk to her brother, Sherlock.

But when Enola thinks about giving up, her first case makes her look for a missing girl. A girl arrives in search of her older sister, both of whom used to work at a matchstick factory.

As Enola looks for the girl, she soon discovers that a lot more is going on than she could have possibly imagined. Could this case be connected with her brother’s as well? She might have to work with Sherlock, which could be awful for her personally and professionally.

The official synopsis for this film gives another look at what’s in store:

Now a detective-for-hire like her infamous brother, Enola Holmes takes on her first official case to find a missing girl, as the sparks of a dangerous conspiracy ignite a mystery that requires the help of friends — and Sherlock himself — to unravel.