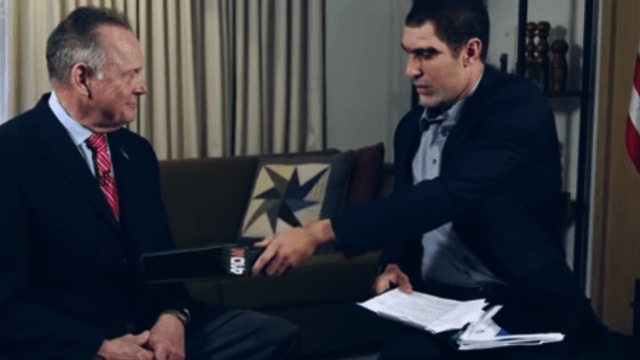 On an episode of ‘Who Is America?’, Republican Party Politician Roy Moore, who was accused of paedophilia and sexual misconduct when he was running for Alabama Senate. During his campaign, several women accused him of sexually abusing them when they were minors. However, Moore denied the statements saying that there was no evidence to support them.

However, on an episode of Who is America? A show where the infamous host, Sacha  Baron Cohen,  has adopted the persona of an ‘Israeli Technology Expert’ who is using a fake device that can supposedly detect a rapist or paedophile upon immediate contact. Can you see where this is going?

He decides to use the device in an interview with Roy Moore; watch the results below:

It did not disappoint, right? It is especially notable when Roy Moore cannot handle the interview and promptly storms out.  Coincidence?

For more on Sacha Baron Chen and his skits, check out what he has planned in the works with a film targeting Trump.