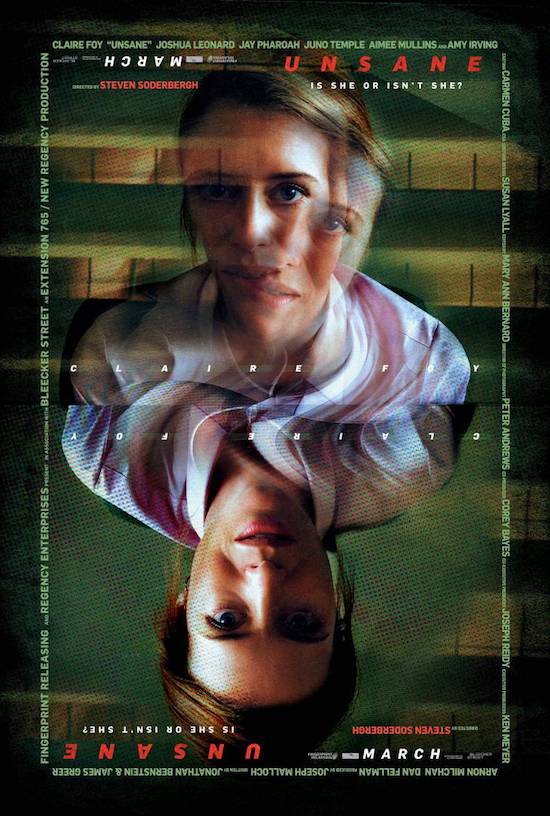 Steven Soderberg, director of Logan Lucky, puts horror film conventions to the test with his new horror film; Unsane, which is shot entirely from an iPhone!

Whilst horror films are usually filmed using the top cameras and tech, some horror films like to bend and twist expectations. They will use camcorders to create the illusion of camcorders like The Blair Witch Project, or, like Unfriended will be filmed through a split-screen webcam. The illusion works! However, the film industry will be tested by Soderberg who films Unsane, entirely with an iPhone camera: the bird’s eyes views and the jump scare, everything!

This creates a thrilling edge. Especially with the concept of the film itself.

The film starts with a young woman who is involuntarily committed to a mental institution, and she does not know if her fears are real or an illusion.

The trailer has finally been released, check it out below and let us know if you prefer this style of filming!

If you’re looking for other horror film classics, check out this article about the new horror film Hereditary!