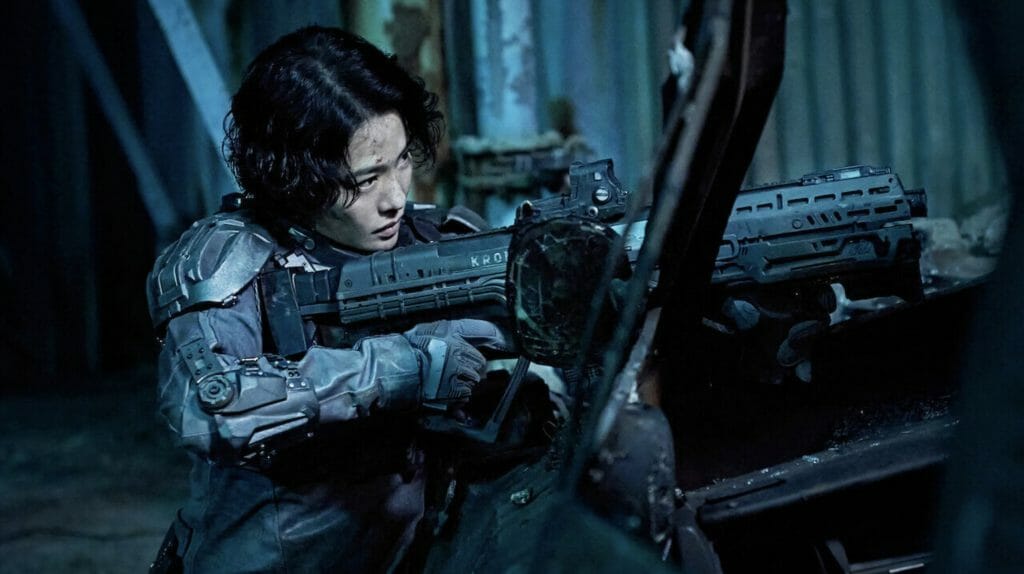 Netflix has a lot of great shows to watch, but it can take time to know what’s coming up! Luckily, we have compiled a list of all the new content available on Netflix this January 2023. It includes everything from movies and TV series to documentaries and stand-up comedy shows. So check out our list of Netflix shows:

If you want to watch some nostalgia and laugh at your youth with friends, this is the perfect show for you!

Jung_E is a South Korean Science fiction film written and directed by Yeon Sang-Ho. The plot revolves around a Soldier name Captain Yun who is the victim of the experiment of cloning the brain by a researcher at an AI Lab to end the civil war.

Captain Yun happens to be the mother of that Researcher.

Shantanu Bagchi, directed Mission Majnu, starring Sidharth Malhotra, is an Indian film that is a fictional story of India’s covert operation before and during the Indo-Pakistan war of 1971. It was supposed to be released on May 13, 2022, but it got postponed. Later, it was scheduled on June 10 of the same year but again got delayed, and finally, it is getting an OTT released on Netflix on January 20 2023.

The movie is an action-packed drama, and Sidharth has already benched his mark in the romantic action movie Shershah which was the biopic of the Kargil War Hero Vikram Batra.

Fauda is a Netflix original series with a political thriller plot. It got released in Israel by Yes studio, an Israeli TV network that has the primary distributor of Fauda, while Netflix owns the international distribution. It’s set in Israel and follows the investigation of Israeli special forces officer Jeet (Avi Nesher), investigating Arab terrorists who killed his friend and mentor, Yusef Salah (Guy Fawkes). It depicts a two-sided story of the Israeli-Palestinian conflict.

Shahmaran is a Turkish series that will release on Netflix on January 20 2023.

It is the story of Adana, who went to Sahsu to confront her grandfather but eventually, she lands in the land of snakes among the legends.

New Amsterdam is a series about a young doctor who becomes the new medical director at a hospital in New York City.

After becoming the medical director of one of the United States’ oldest public hospitals, Dr Max Godwin sets out to reform the institution’s neglected and outdated facilities to treat the patients, and there is where the plot of the story evolves. Starring Ryan Eggold, Freema Agyeman, Janet Montgomery, Jocko Sims, and Anupam Kher. Created by David Schulner

The show Lockwood and Co combines two different TV series: Lockwood (the original) and Sherlock Holmes. The main character is a young detective, Thomas Llewelyn Davies (a true-to-life inspiration for Arthur Conan Doyle), who works with his dog K9. In addition to solving crimes, they also have many adventures together on their experiences, such as going undercover at an animal fight club or investigating paranormal activity at haunted houses. There are currently three seasons available on Netflix in the United States: Season 1 – Episodes 1-6; Season 2 – Episodes 7-11; and Season 3 – Episodes 12-16

The invitation is an American horror drama that has already got a theatrical release in the U.S. on August 26, 2022. The story revolves around a young woman whose mother left her out of death, and now she has no one with her but good fortune. She comes to know about her long-lost family, and eventually, she gets invited to the grand wedding, where she discovers her family’s dark and horrible secret. The movie will get an OTT release on Netflix on January 28 2023

Snake Eyes is an American action thriller film that already got a theatrical release in the U.S. on July 23, 2021. A kid whose father is murdered, and after 20 years, he gets the name Snake Eye. He is now an underground fighter. He gets discovered by a man who promises to find his father’s murderer and asks the Snake Eyes to join his gang. From there on, the story gets to move here and there to the gang conflict to betray and discovers that Snake Eye is working with the enemy Ganga. The thriller will get an OTT release on January 29.

We hope this list of new Netflix movies and TV shows has helped you plan your evenings for January.