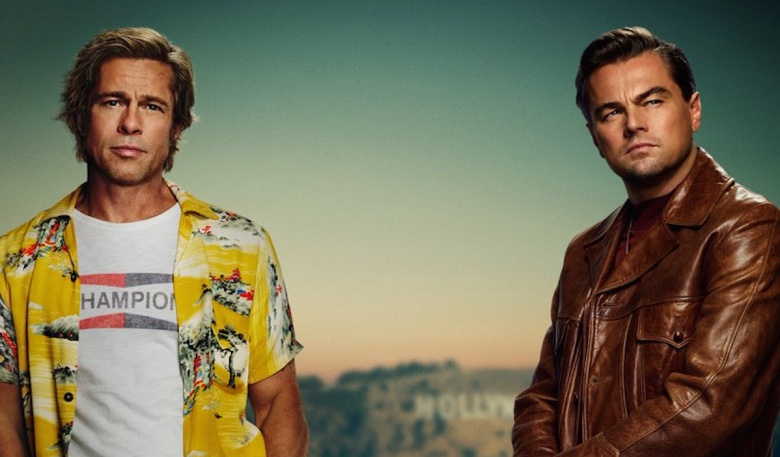 Quentin Tarantino is kind of like a God of the cult movie genre. I mean just think about movies like Reservoir Dogs, Pulp Fiction or Kill Bill — not necessarily the glam and glitz Hollywood bigwigs are known for. Yet all the stories are so compelling and the actors and actresses seem to thrive in some weird way under Tarantino. Which is why we are so excited for the trailer forOnce Upon a Time in… Hollywood.

Did you happen to catch that A-List cast? Let’s unpack some of it for you — Brad Pitt, Margot Robbie (loved her in I, Tonya), Leonardo Dicaprio, Timothy Olyphant, Dakota Fanning, Luke Perry (R.I.P., Mr. Perry), and handsome up-and-comer Mike Moh are just a few that caught our eyes. And while this looks like just a fun romp through 60’s-70’s Hollywood, there is definitely more going on than you think. (That’s Tarantino for you!)

When I did a stint over at a movie review site called MovieBabble, there were a couple discussions about Tarantino and the types of movies he made. Tarantino is a director you either love or hate, was the general consensus I gathered from the writers chat box. His gift (because he is gifted) for creating is truly amazing and he attention to various historical times in the USA are to be commended. Tarantino gets to take the stories of our past and twist them and tweek them until they resemble the past but in a better way.

At the premiere in Cannes, Tarantino was asked about how little Margot Robbie spoke in the film, apparently alluding to some deeper sexism at play. Tarantino was quoted as saying, “I reject your hypothesis!”

With all the buzz already surrounding Tarantino’s penultimate film (remember when he said he’d retire after 10 films?), it is sure to make a killing at the box office. Will you be seeing this film this summer?