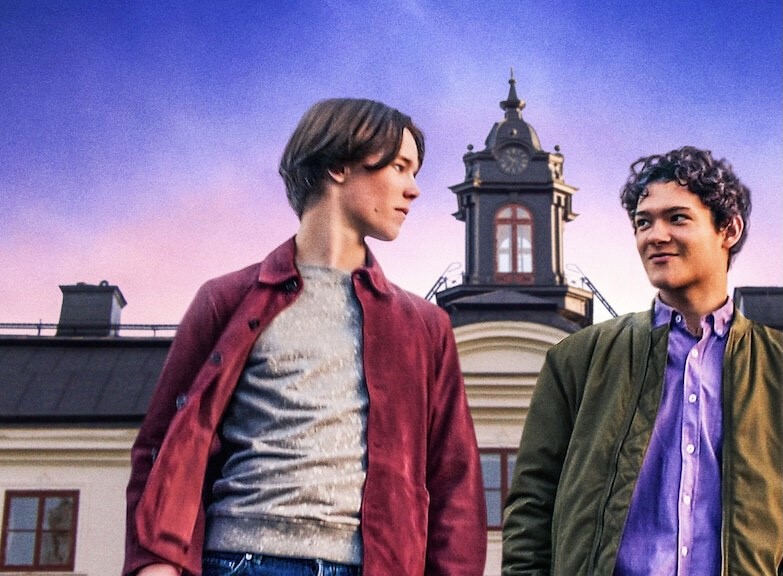 The Swedish Netflix series premiered on the streaming platform at the beginning of July and there are already over 20,000 reviews on IMDb placing it at an 8.6/10. In my eyes, it is a 10/10 and I could not recommend this series enough if you like coming-of-age romance, teen drama, and ear-bouncing soundtracks to fatten up your liked songs on Spotify.

I shall avoid any minor or major spoilers in the content of this article so you make experience this series as organically as possible although I cannot promise to not big it up within an inch of its life because it is my new obsession. Check out the trailer below:

The story spans over six episodes centered around the teen Prince Wilhelm, played by Edvin Flying, and the working-class socialist Simon, played by Omar Rudberg. Not only does Omar act within the series but his musical talents are showcased as he is a Grammy award-winning artist with an incredible voice so go stream some music on Spotify, which I do not doubt you will once, or if, you watch the series.

The show itself raises many important issues faced by young adults none of which I will get into too much as to not spoil any potential character development or plot, so sorry but eat up the vague.

After the success of season one, there are many fans of the show demanding another season but the streaming service is yet to confirm if there are any future renewals of the show. Considering the first season only hit Netflix at the beginning of July then it may be some time until the next season factors such as writing, shooting, and production times. Whatever that decision may be at least this first season is a true testament to LGBTQIA+ representation and stories.

Perhaps you are not yet satisfied with whatever lifely distractions have you reading this article so why not continue and click here to read about the Game of Thrones prequel currently in the works.