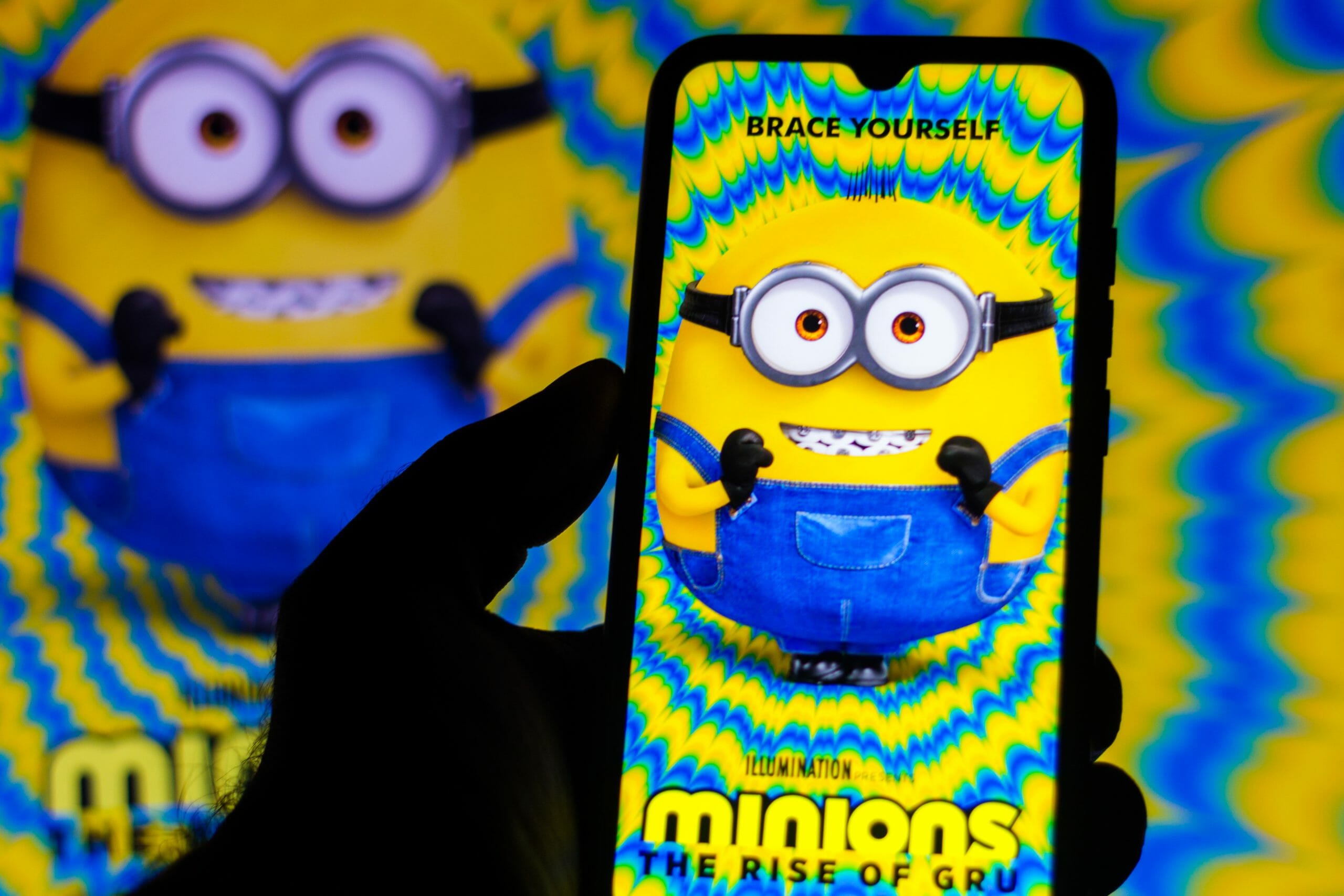 Minions: The Rise of Gru, the newest Minions film, is the center of the new TikTok ‘Gentleminions’ trend. It seems that more and more trends are surrounding popular media. Minions is not the only example, with Stranger Things 4 making waves through TikTok sounds. With this direction in trends, will Tiktok become a new way for studios to advertise their films?

The ‘Gentleminion’ trend has members of Gen Z seeing Minions: The Rise of Gru in formal attire. The trend started with 18-year-old Bill Hirst (@bill.hurst on TikTok) and his friends attending the film in suits and sunglasses on TikTok. Hirst’s TikTok went viral, and the TikTok he made with the trend amassed over 8 million likes. The trend gained massive attention from Gen Z. It resulted in many more TikToks where teenagers and college students attended the film.

The trend sees creators chanting, having group choreography, and bringing an excessive amount of bananas into the theatre. The trend’s popularity has led to theatres rejecting customers from the film due to the disturbances that the trend creates. As a result, the film gained free promotion on TikTokand a lot of ticket sales. This provides the question: are TikTok trends the newest trend in advertising for movie studios and streaming services?

Trends and sounds surrounding TV and movies are not new with TikTok. Unconsciously to creators, many trends on TikTok provide free advertising for movies and TV shows. The “Chrissy Wake Up” and “This Is Music” sounds from Stranger Things 4 are current examples of this. These sounds are lines performed by Joseph Quinn (who has gained much popularity on the internet since performing his role in Stranger Things 4). The “Chrissy Wake Up” sound provides a remix of Quinn’s lines created by @schmoyoho on TikTok. These two sounds have amassed tens of millions of views: a large audience. As a result, Netflix and Stranger Things 4 gained free promotion from content creators on TikTok using these sounds.

What Does This Mean for TikTok?

So, it seems that using TikTok trends the new way for studios and streaming services to advertise their work. TikTok provides free promotion by content creators that ensure a large audience for studio advertising. While this saves these studios and companies a lot of money, it’s not moral. The ‘Gentleminions’ trend started as a fun experience for creators, and the Stranger Things 4 sounds allowed for funny jokes. Companies, however, may be using the good times of creators to promote their media for free. This manipulation can lead to the unconscious use of TikTok creators to do free promotion work that studios would pay employees for.

So, let’s ask our questions once more: are studios and streaming services using TikTok trends and sounds to promote their work? It seems so. Is this moral when thinking of the creators providing this free promotion? No. While the ‘Gentleminions,’ “Chrissy Wake Up,” and “This Is Music” trends seem like harmless ways for creators and young people to have fun on TikTok, something may be lurking in the dark. That thing is movie studios trying to profit from advertisement through the manipulation of trends on TikTok and, as a result, TikTok creators.