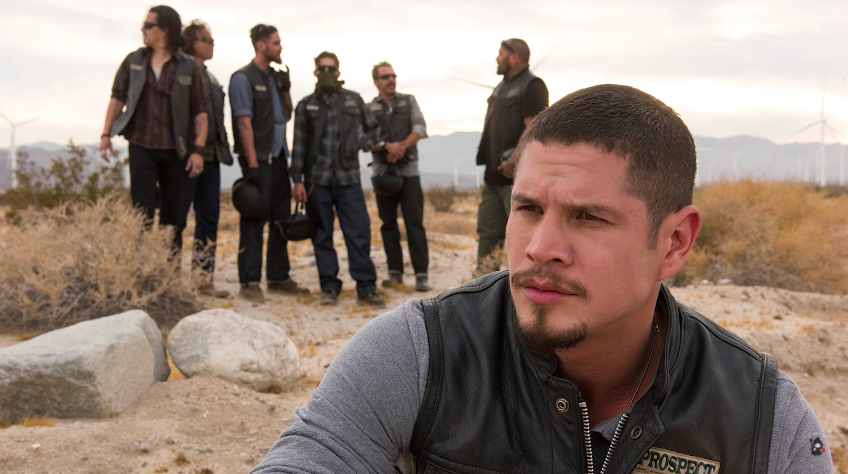 Kurt Sutter’s Sons of Anarchy spinoff has had everyone excited since it was announced a couple of years ago. But now we finally have something more to go off. A short trailer is out and it looks just as good as the original.

The spinoff series is going to focus on the Mayan MC several years after Jax’s death. It will focus on the life of ‘Ez’ who is a young Mayan prospect played by JD Pardo. Unfortunately, that’s all we really know about the spinoff so far. They don’t seem to be letting much slip!

Although what they’ve shown in the trailer isn’t giving a lot away, it sure looks exciting. There is a lot of tension even in the 10 seconds of the trailer so imagine what the show will be like!

It looks as though it will be just as good as Sons of Anarchy. Not a lot seems to have changed from what we can see in this short video.

If you’ve not watched Sons of Anarchy, this is the perfect excuse to watch it. And even if you have its always nice to re-watch and excite yourself even more for the new series. It has been suggested that it will air sometime around April so you’ve got plenty of time to get ready for it.

Keep a lookout for more news on the new Sons of Anarchy spinoff because it shouldn’t be too long. And from what we can see in this trailer you’re not going to want to miss it. For more info on the new series check out, Cillian Murphy Announces That There Are More Peaky Blinders Series To Come.