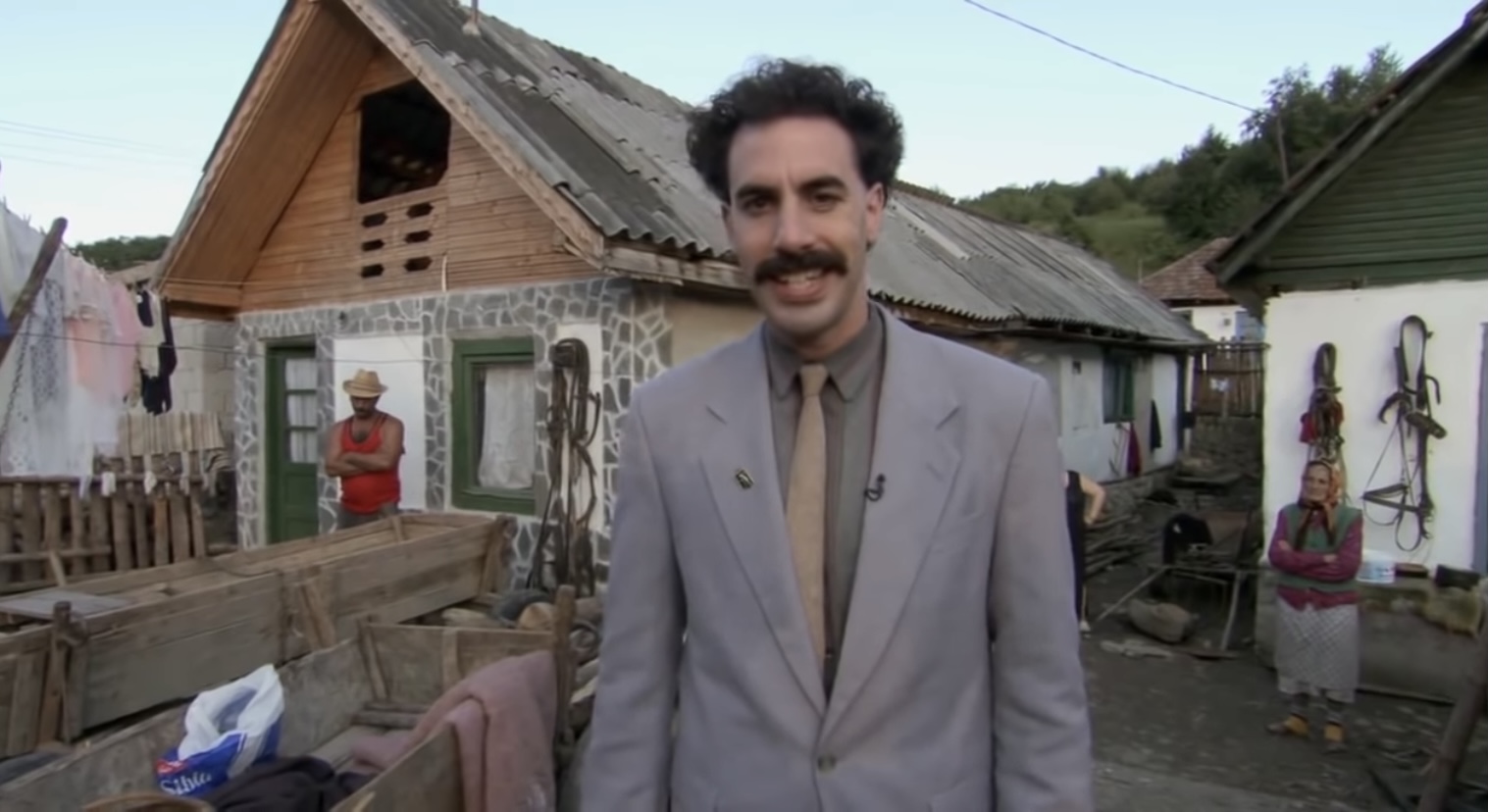 Sacha Baron Cohen is one of the most famous comedians / actors in the world. He is known for his roles in Talladega Nights: the Ballad of Ricky Bobby, Brüno, and most famously Borat.

In his most recent film, Baron Cohen reprised his performance of Borat in, Borat Subsequent Movie Film. But after this most recent installment of Borat, the comedian says that he is finished with the character.

In a recent interview with Variety, the 49-year-old says he, “. . .brought Borat out because of Trump. There was a purpose to this movie, and I don’t really see the purpose to doing it again. So yeah, he’s locked away in the cupboard.”

And although Baron Cohen says that he is done with the character, I still don’t know if that is the case.

I mean, he said the only reason he felt the need to make a second installment of the character was due to Donald Trump and his radical, “Make America Great Again” followers. But do you really think Baron Cohen expected Trump to be elected United States’ President? Didn’t think so.

And after the events that happened this past week at the United States’ Capitol building, it is easy to see why Baron Cohen felt it was important for Borat to make a comeback.

Now I have not seen the second film, but I am aware of the fact that exposed a lot. That included a lot of racism and a very awkward scene with former Mayor of New York City Rudy Giuliani.

But back to the original point of a possible return, I wouldn’t put a percentage on it because I can’t tell the future. But if Baron Cohen ever feels like he needs to bring back the “very nice” man from Kazakh he may just do it, especially if it will help to expose more mistreatment in the world.