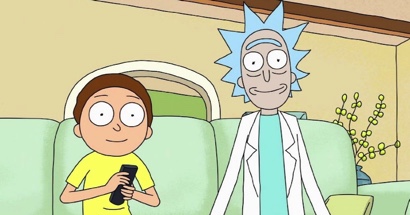 Things aren’t going so good for ‘Rick and Morty’.

‘Rick and Morty’ has been a bit of a slow burn. Starting out relatively obscure, the animated series gathered a cult following until it ballooned into a massive hit.

Now a pop culture phenomenon, the series has spawned, uh… intense reactions. I mean, it literally inspired MacDonald’s to change its menu.

Unfortunately for fans, things may not be going so well.

We all know there have been on-going difficulties with Season 4. News of delays and creative differences have been plaguing its production.

Dan Harmon, co-creator of ‘Rick and Morty’, has divulged. Currently, the series has not yet been renewed for a fourth season. Apparently, there have been some ‘complicated’ negotiations.

It’s not all doom and gloom though!

In an interview with Den of Geek at Tribeca Film Festival, Harmon explains:

“I’m optimistic right now, at the moment. Negotiations are tough. It’s an unprecedented situation, and everybody’s being real cool and wants to make an agreement happen so that we can get started. That’s about all I can say.”

After weeks of silence, this may just be the thing fans needed to hear. While this statement is vague, it at the very least offers some hope.

Either way, I doubt fans have anything to worry about. ‘Rick and Morty’ has an intense fanbase and is extremely popular. Adult Swim won’t be getting rid of their prized pony any time soon.

Hopefully, the delays mean that Harmon and Roiland are really focusing on delivering a solid fourth season.

Need some more laughs while we wait for Season 4? Check out this badass trailer for Deadpool 2.