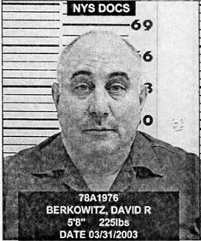 Netflix has released a trailer for the new true-crime docuseries about ‘Son of Sam’, the serial killer that terrorized New York from 1976-77.

‘The Sons of Sam: Descent into Darkness’ streaming on Netflix next month will be following the investigation and events of capture and arrest of a convicted serial killer –Son of Sam.

David Berkowitz, also self-proclaimed as the Son of Sam, was a serial killer reigning the streets of New York City back in 1976, who went on a shooting spree that murdered several young women.

After his capture and arrest in August 1977, Berkowitz pleaded guilty to the murders and was sentenced to 365 years in prison in the Attica Correctional Facility.

However, this docuseries made by Joshua Zeman follows new leads in the case according to Berkowitz’s recent confessions suggesting that he may have committed the murders on behalf of a satanic cult.

A synopsis reads: “While the arrest and conviction of David Berkowitz brought the nightmare to an end for many New Yorkers, for journalist and Ultimate Evil author Maury Terry, the real mystery was just beginning.

“Terry, convinced Berkowitz had not acted alone, would go on to spend decades attempting to prove that the web of darkness behind the murders went deeper than anyone imagined – and his pursuit of that elusive truth would eventually cost him everything.

“Filmmaker Joshua Zeman draws on archival news footage, conversations with the people closest to the investigation, and Terry’s own words and case files to tell a cautionary tale of a man who went down a rabbit hole and never came out.

‘The Sons of Sam: Descent into Darkness’ will be available to stream on Netflix starting May 5.