The most hated man in America is back at it.

In 2015, former CEO of Turing Pharmaceuticals (also the most hated man in America for a handful of reasons) bid $2 million for a secret one of a kind Wu-Tang Clan album, “Once Upon A Time in Shaolin” and has recently posted this album for bidding on Ebay.

The 31 track album was recorded in secrecy over a 6-month period, according to an article posted to the Angeles Times online on 2015. According to the article, the sole copy of the album was “housed in an engraved silver-and-nickel box crafted by British Moroccan artist Yahya” and was “stored in a vault at the Royal Mansour hotel in Marrakech, Morocco, since its completion in 2013.”

The level of secrecy encapsulating this album carried over to the purchaser’s contract, with the owner agreeing not to release it commercially for 88 years. Shkreli’s latest moves with the album, however, contradict certain conditions of the sale.

The Los Angeles Times detailed particular conditions of the sale noting, “Wu-Tang will never release any of the content in any form to the public, and neither can the buyer, unless it is released for free.”

According to a Konbini article posted earlier this week, “On Tuesday, [Shkreli] put the album back on eBay for $1 – but as of Thursday morning, bidding has already reached almost a million dollars.”

Shkreli’s purpose for posting the album, according to information provided by the post, reads:

“I decided to purchase this album as a gift to the Wu-Tang Clan for their tremendous musical output. Instead I received scorn from at least one of their (least-intelligent) members, and the world at large failed to see my purpose of putting a serious value behind music. I will be curious to see if the world values music nearly as much as I have. I have donated to many rock bands and rappers over the years to ensure they can continue to produce their art when few others would.”

Catch up on the history of Shkreli’s questionable moves. 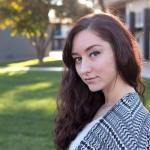