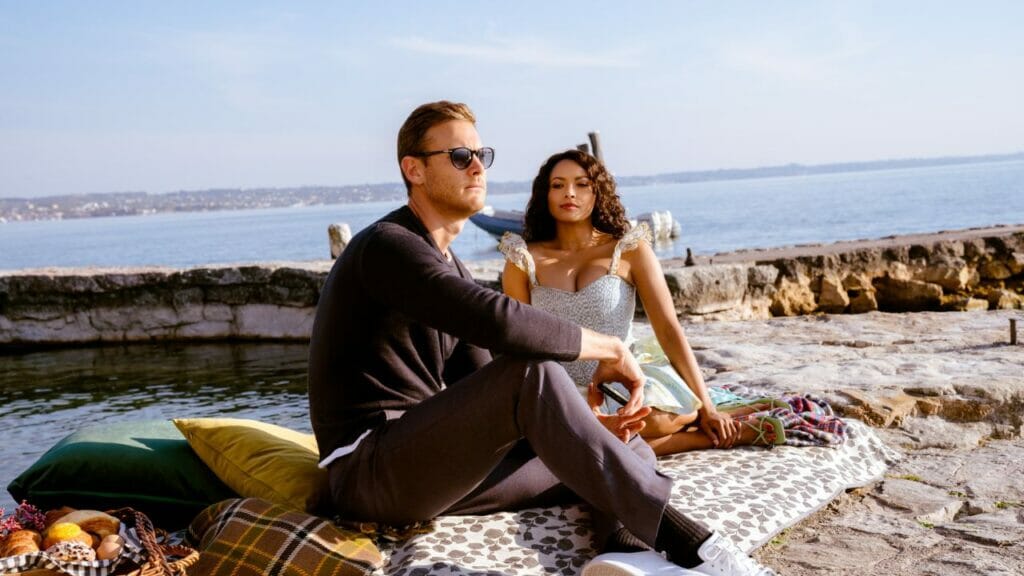 Netflix is going to start this next month with the release of the romantic comedy Love in the Villa on September 1st. The streamer seems to be a bit inclined towards the rom-com along with the action comedy. Subscribers are loving the change as well.

Love in the Villa will be starring Netflix rom-com veteran Kat Graham and The Umbrella Academy‘s Tom Hopper. Their initial meeting starts off a bit rough but develops into something so much more. And all of these happen in the City of Love: Verona, Italy.

Graham will be playing the role of Julie. Julie is a teacher whose dream trip to Verona, Italy, seems to go off track after her long-term boyfriend breaks up with her.

Hopper, on the other hand, plays the character of Charlie.
Charlie is an uptight British guy who takes a trip to Verona once a year for his job. Hopper is well known for his role as Luther Hargreeves/Number One in The Umbrella Academy. Hopper also played some roles in Merlin, Northmen – A Viking Saga, Black Sails, and Game of Thrones.

The main cast member of love in the village includes:

For further information about Love in the Villa, Please stay tuned with us.