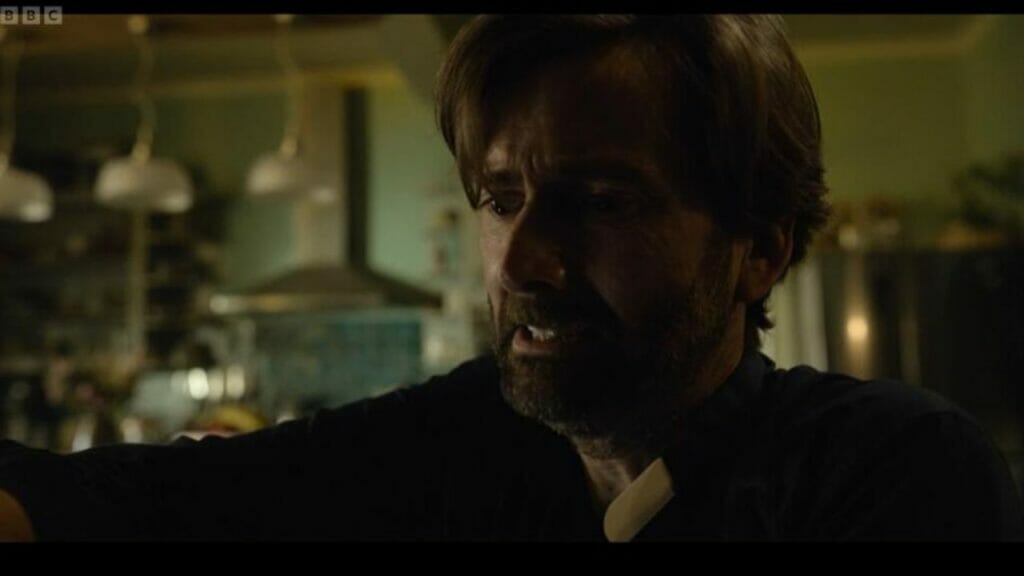 Inside Man is the latest thriller that has landed today. Now that Halloween has come and gone, it’s time to sink teeth in some hard-hitting dramas before switching to holiday movies and shows. This series first debuted on BBC One in September 2022, and was released on Netflix today!

The four-part series, including David Tennant and Stanley Tucci, has an impressive cast and was created by author Steven Moffat. The show follows a prison inmate looking to mend his relationship with God while waiting on death row.

Official Synopsis of Inside Man:

“In the US, a prisoner on death row (Tucci) is seeking atonement as he faces execution. On a train in England, a journalist (West) is looking for a story.”

According to Find That Location site, Inside Man was filmed in Greater London, England. More specific areas include the Senate House in Bloomsbury, Broad Street in Wokingham, The Beehive Pub in Feltham, St. Andrew’s Church in Farnham and more. The Sun reports that no filming happened in the United States. All internal scenes were filmed at Farnborough Film Studios.

You can stream all four episodes right now on Netflix. We are very sure that Inside Man will be a hit for the streamer!

For further updates on Inside Man, Please stay tuned with us.