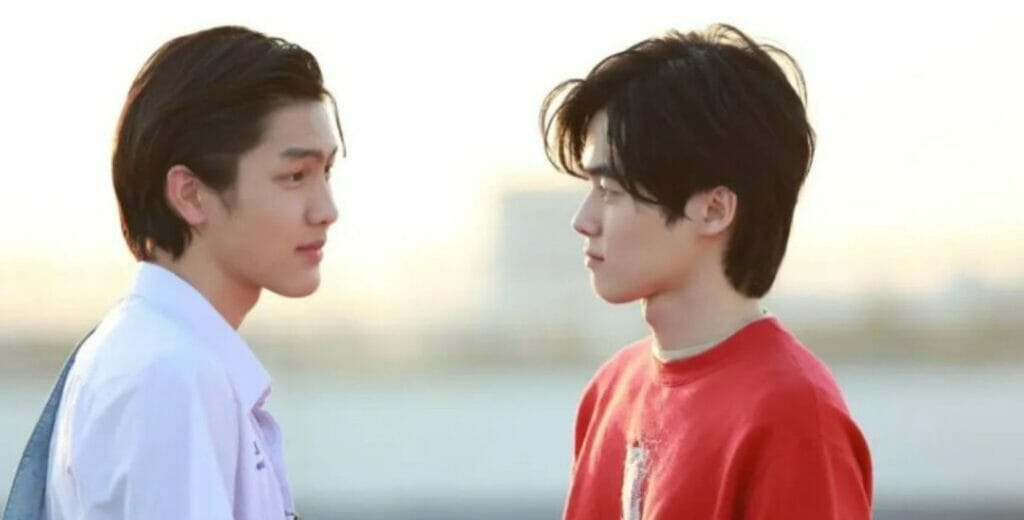 I Will Knock You is a recently released Thailand’s BL drama that debuted on Channel 3 on Nov 18, 2022. The show follows a college student working part-time. This gets in a situation where he has to defend his student from high-school gangsters. The gang leader is none other than Noey. Sparks fly between the boys as they struggle to handle their life while wondering about their feelings for each other.

The show’s upcoming episode is scheduled to be released on Dec 02, 2022, and international fans can watch episode three on Gagaoolala as it is free to install. Previously in episode two, we saw them engaging outside a restaurant as Noey held Thi by his neck and started interrogating him. A cute moment passes between them as Thi falls into the pond after being mocked by Noey, and he saves him. The episode ended with Noey kissing Thi’s forehead and leaving him bewildered.

The plot is adorable, as fans enjoy the sweet and humorous tone of the script. The characters are lovable, and the lead actors share great chemistry. If you still need reasons to watch it, put it on your list, as it is a feel-good romantic comedy.