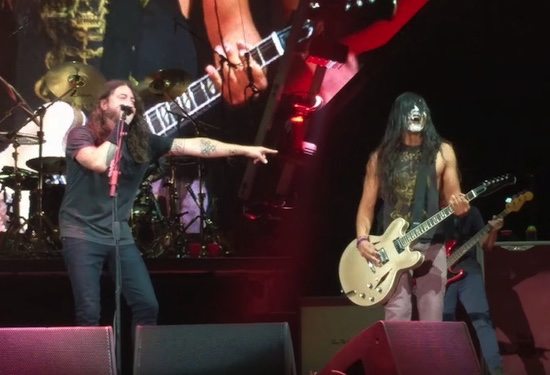 At one of their concerts, the Foo Fighters invited a fan on stage to perform a song with them. But, they didn’t expect for the fan to be so good.

The fan, wearing Kiss makeup, completely shocked the band. Dave Grohl named him ‘ Kiss guy’ before he impressed everyone with his talent.

He played two amazing solos on Dave Grohl’s guitar, along with playing through one of the band’s songs.

It is safe to say that his talent was unexpected, judging by Dave Grohl’s reaction. The lead singer forgot the lyrics when witnessing the superb solo performance.

One thing is certain, no one questioned the guest guitarist’s ability after his performance. See also, Arctic Monkeys Potential New Album To Coincide With Tour, for more music news.