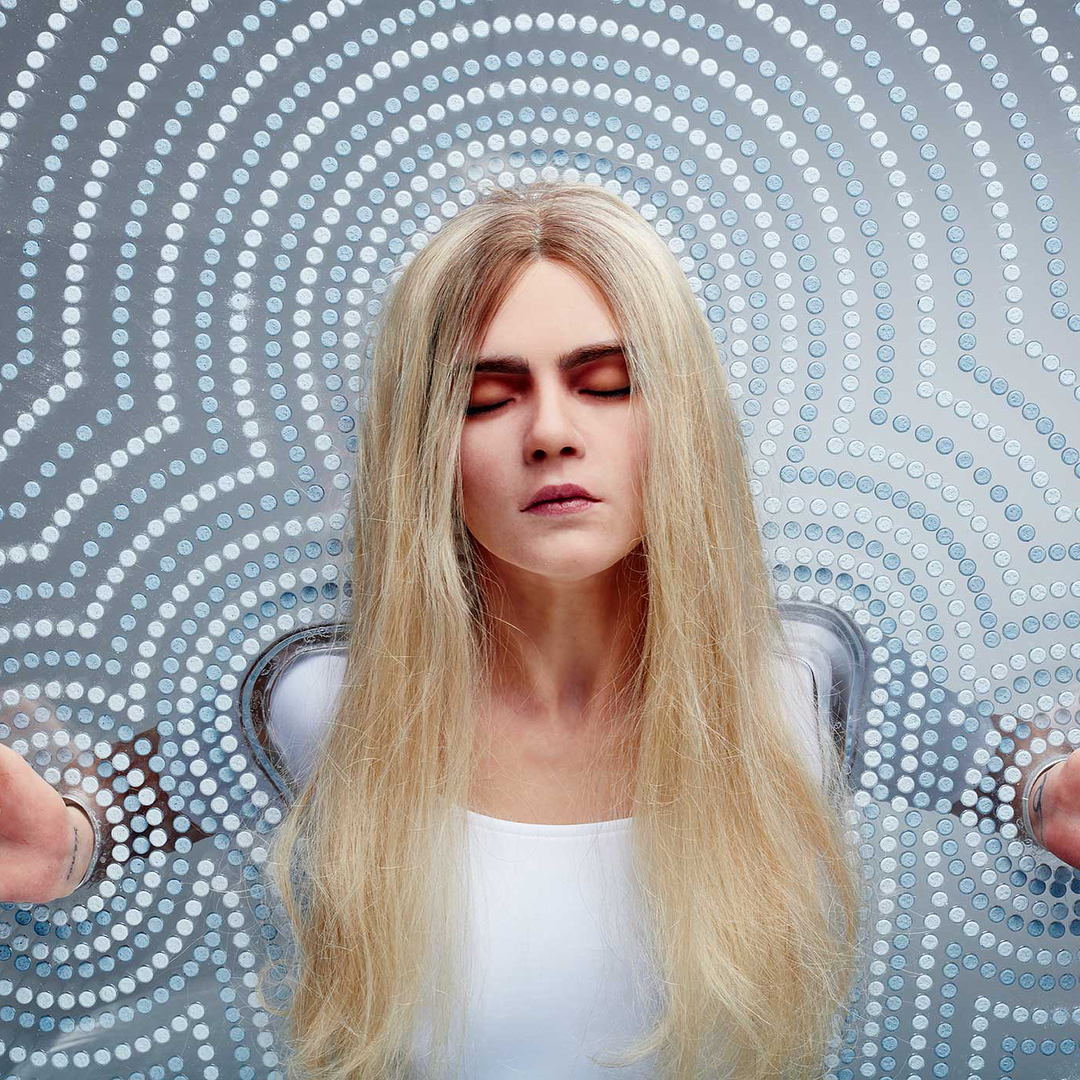 We’ve all heard of Banksy, right? The anonymous graffiti artist and political activist is well known for his controversial works. Balloon Girl and Slave Labour are just an example of his highly regarded graffiti. However, despite his popularity, Banksy’s identity remains unknown.

Apparently, this is becoming a trend in the art world.

Chemical X famously designed the original Ministry of Sound logo. So, if you haven’t heard of him, you’ll definitely already be familiar with at least one of his works. Despite being anonymous, his latest artwork has made a huge scene.

This provocative piece is made up of 7,000 ecstasy pills surrounding a hyperrealistic model made of silicone and fibreglass. The identity of the model is being kept secret. (Having a link to ecstasy would probably cause you a few problems!)

Many sharp-eyed art fans have a strong theory about who this mystery model is however. They believe that Cara Delevingne is the floating model because of similar tattoos present, such as a ‘bacon’ tattoo on her foot. A recent press release by the artist also said that “the British model and actress […] is a fan of Chemical X’s and already collects his work.”

Take a look at some close ups to see what you think.

This $1.3 million artwork will be displayed as part of Chemical X’s upcoming show, CX300, at a top-secret location in London. So, those of you wanting to get a closer look will unfortunately have to miss out!

How about this controversial ecstasy-themed product!?