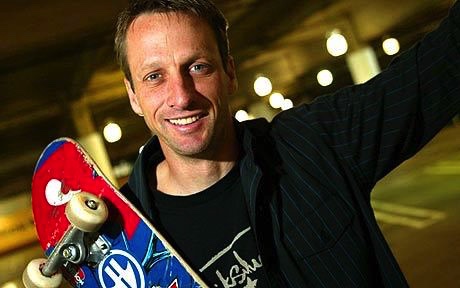 Who is the first name you think of when someone says the word “skateboarding”? Well, Tony Hawk, of course!

Hawk started skateboarding way back in 1979. Since then, he has essentially been a pioneer of the sport and has made modern vertical skateboarding what it is today.

May 12th marked Hawk’s 50th birthday. It should come as no shock that he figured out a way to incorporate skateboarding into his b-day celebration. In honor of the big 5-0, Hawk posted a video of himself landing 50 tricks in a row.

Still, it is pretty amazing to see a guy of his age nailing trick after trick. Some of us can’t even walk down the sidewalk without tripping and falling, let alone ride a skateboard!

Take a look at the mesmerizing video below. The names of the tricks and the years Hawk first did them are even included!

Simply exquisite. There’s a reason Tony Hawk has remained the biggest name in skateboarding for over three decades.

Okay, so he didn’t technically do every trick in a row…but he definitely did them all in the same session. He even threw in some entertaining runs in between runs. C’mon, cut the legend some slack, he’s 50!