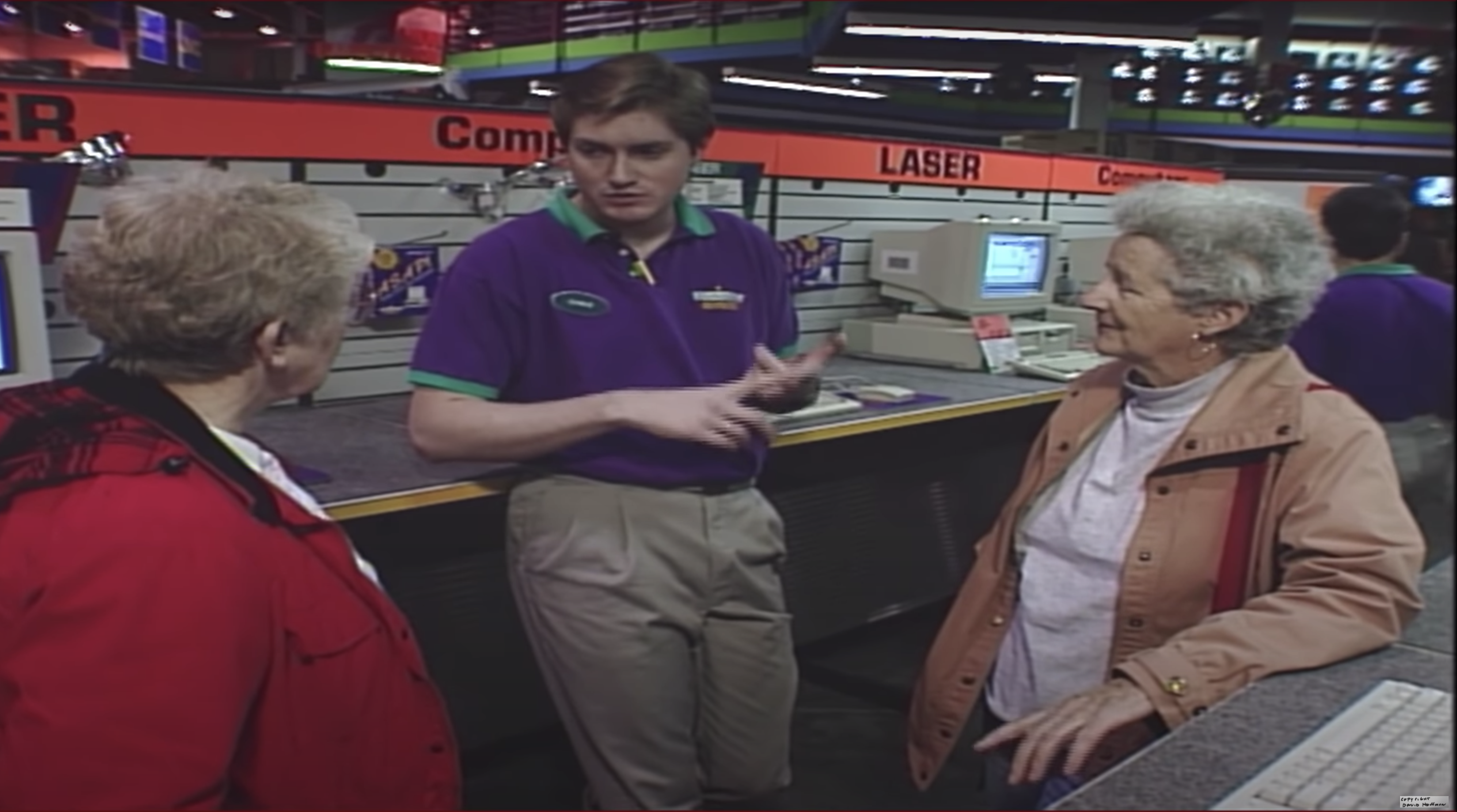 The footage in this video looks like something out of a time capsule.

In 1994 the world wide web was born. The demand for computers skyrocketed and became a momentous moment for the tech industry. This video, shot in Palo Alto California shows exactly what it was like for those wanting to invest in the new technology.

The video was posted by David Hoffman after looking through archives of footage which he had previously dismissed as being too boring to showcase. The best part is that it is hilariously relatable- the first man has absolutely no clue what it is he wants, or what is being explained to him about the latest technology. what is 160 MB hard-drive and 4 MB of ram anyway?

Ancient right? Cell phones were also available, but nothing like the smartphones we use today. In fact, most people still didn’t use them because they were too expensive to have, including computers, which in the video included a mouse and keyboard for the grand total of 1900 US Dollars. How generous of them. Complete with the 90’s mustache, this was a brilliant blast from the past which has made me grateful that technology has advanced so much.