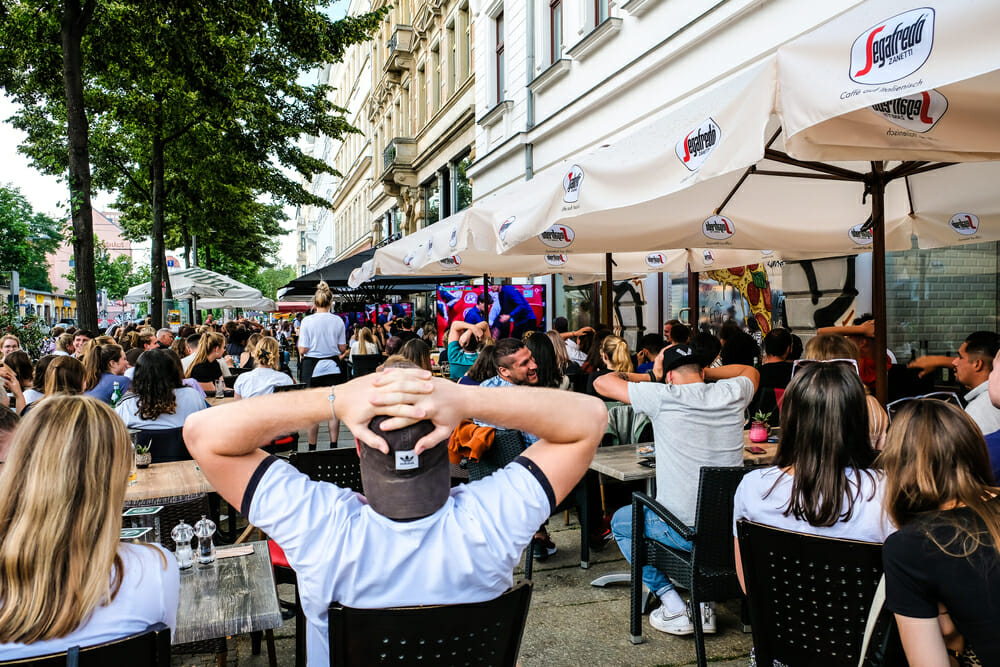 Hooliganism strikes again: A group of England supporters have recently been arrested in Germany for allegedly making Nazi salutes in public and causing various damage to hotel rooms.

The Nation’s League is well underway these days. Just two days ago, on the 7 of June, Gareth Southgate’s team was to go against Germany in Munich, which beckoned a herd of visiting fans to pour into the town.

The managers for the travelling supporters publically requested for the visiting supporters to behave themselves in the host city. Still, local police have just announced the arrest of 8 football fans on the 6 of June.

Three of the arrested fans were allegedly taken in by police after having been caught performing Nazi salutes. Another fan was arrested by police for causing severe damage after setting off a live flare inside his hotel room. The totality of the damage summed up to €2,000 (£1,700).

The rest of the group were arrested on accounts of insulting the police and public urination.

The local police have not let down their guard and have been handing out multiple fines to any fans causing havoc before the match. The fines are each about €200 (£170). In retaliation to the hooliganism, a lot of bars within the city of Munich also closed early at night, and some refrained from opening the following day as well.

A spokesperson representing Munich police has said that they have deployed 700 police officers to confront the expected influx of England fans coming into the city in the past week. They have deployed considerably more officers on the scene compared to the Bayern Munich match.

The hooliganism of travelling England fans is known by most local police forces around the globe. During the Euro 2020 final in Wembley Stadium, the hoards of English and Italian fans paraded the streets of London causing massive chaos in drunken and drugged-up crowds. Over 20 people were arrested by the Metropolitan police as well as fans without match tickets tried to storm the Stadium and get in for free.

With the upcoming World Cup in Qatar, Chief Constable Mark Roberts is leading the National Police Chief Council in liaison with the Qatar authorities to keep any traffickers or troubling fans from causing havoc. Chief Constable Roberts spoke with Daily Star and claims that: “Any fans seen to be misbehaving could also be subject to a football b banning order on their return to the UK, as well as being arrested and potentially charged for offences committed in Qatar.”

Read here on the rise of Violence, Hate and English Football.