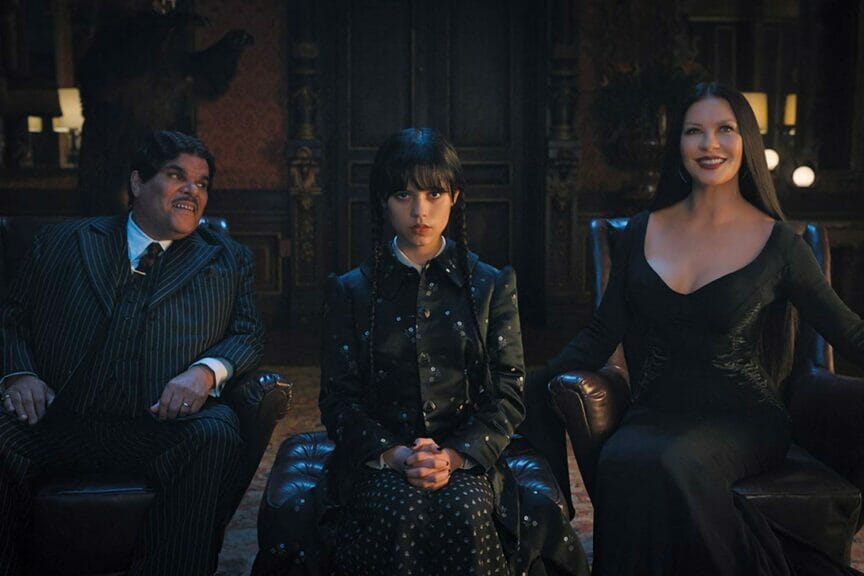 The highly anticipated horror-comedy show is now streaming on Netflix. The teen drama has left us stunned with its dark fantasy vibes and different creatures with supernatural powers.

It stars the typecast actress of horror projects Jenna Ortega as Wednesday Addams, who is sent away to a school of outcasts, Nevermore Academy, where she is introduced to many others with different powers. She becomes upset and soon discovers about unveiling a prophecy.

The lead actress makes friends, enemies, and frenemies pretty easily at the boarding, and it was a fun ride to see what superpowers her classmates have.

Wednesday’s roommate, Enid, introduces her to the premises of Nevermore, saying, “there are four main cliques of outcasts enrolled at the school, Fangs, First, Stoners, and Scales. At the moment Ajax (one of their classmate) shows ups, Enid says to her that “Gorgon spend way too much time getting stoned.”

So we’ve reached the mention of our question what is a Gorgon, and who is Ajax?

Ajax is a show character who starts to build a romantic angle with Enid. He’s a creature called a gorgon from Greek mythology. For example, Medusa is a well-known Gorgon. What is typically seen is that a Gorgon has living snakes as hair which can turn anything into stone.

Gorgons are meant to stay away from as they can accidentally stone people, but ironically Ajax turned himself into a stone seeing his reflection in the mirror. For more, you must watch episode 3 of this dark horror show.