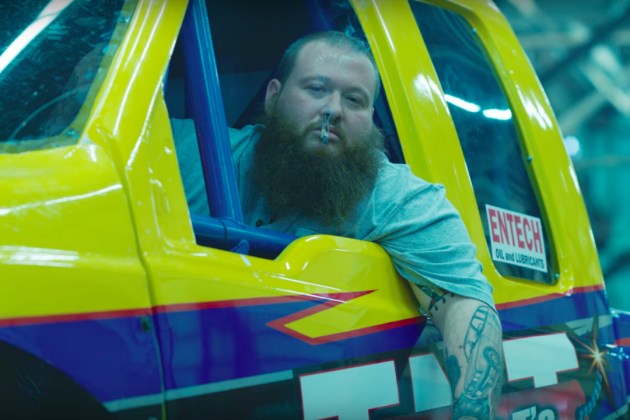 The American rapper and former chef Action Bronson never fails to surprise his fans. This multi-talented guy has just come out with a mad new music video that will have you questioning everything.

Action Bronson has recently come out with his new album ‘Mr Wonderful’ which has ben rated 7.7 on Metacritic and generally praised for its bold and unique vibe.

He also has just released a new music video for the single ‘Let Me Breathe’. Bronson states when asked to sumamrise the video that he just ‘can’t explain it’. After watching it, we can see why he has trouble describing it in just a few words.

The music follows Bronson as smokes a spliff, randomly beats up some guy and stands in front of a huge monster truck. So far, it seems pretty typical of all his videos and embodies his usual style. It definitely takes a weird turn though. He then appears to be driving the truck…over a lake. It also shows intermittent clips of Bronson choreographing some of the middle-aged and elderly people he had in the video, which provides some pretty funny moments.

If a bunch of old guys doing the Macarena isn’t enough, there’s also a huge lady and by huge I mean, like an actual giant. She’s killing it though. It’s creative to say the least. Gotta love his abstract style, it’s definitely a unique video, can’t help but credit him for always being able to surprise his audience.

If you liked that, read here about Wu-Tang Clan’s vintage Famous 90’s clothing line coming back into fashion!