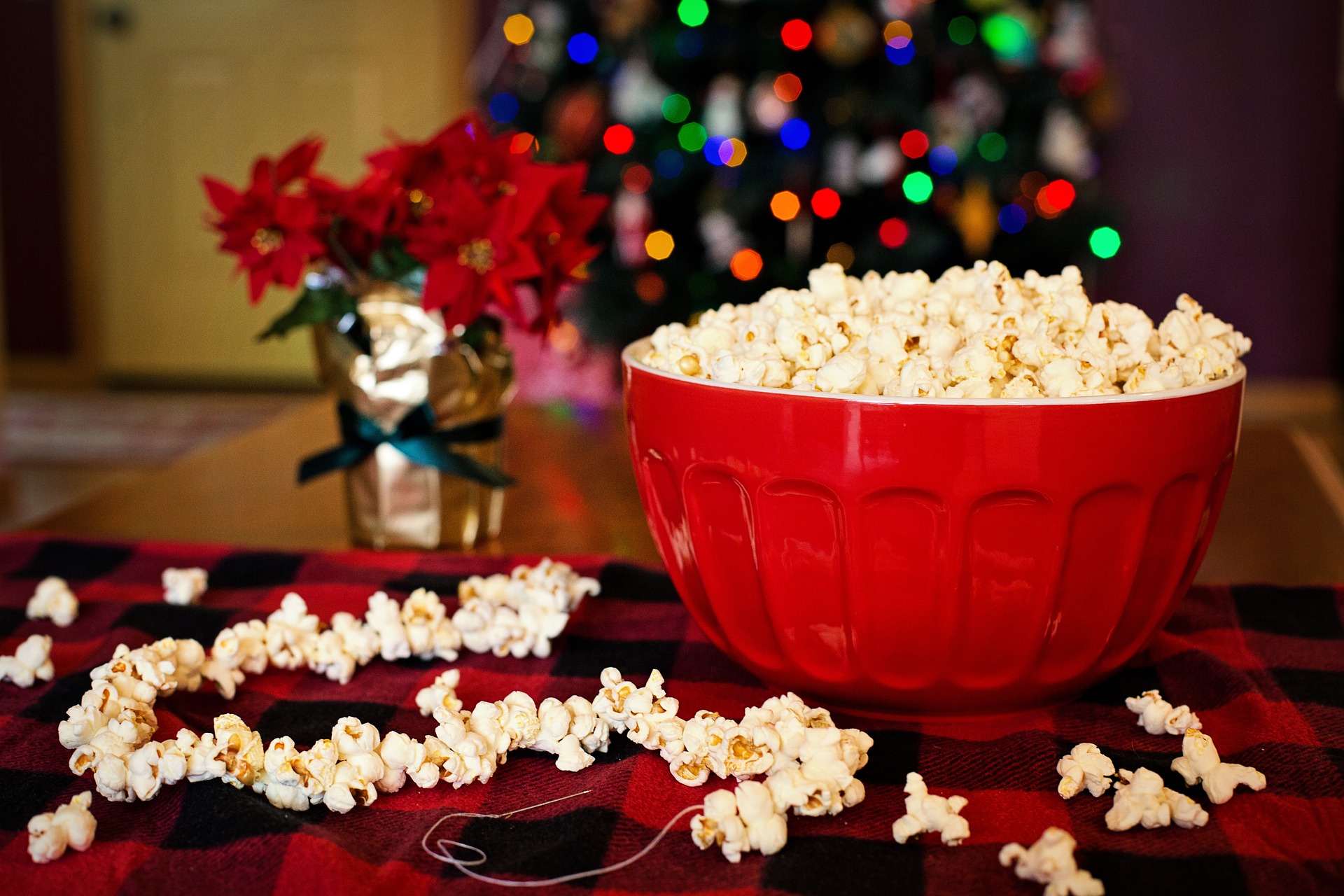 In the States, the gold standard for Holiday movies comes from a channel called Hallmark. But for a new generation, Netflix is where holiday movies not only pack a powerful punch but sometimes even have their own universe! Are holiday movies cheesy and poorly acted at times? Yes! But do we love them anyway? A Big Yes!

Holidate stars Emma Roberts, Luke Bracey, and Kristin Chenoweth. In this fun rom-com, two strangers meet and decide to become each other’s date for the holidays. While this one begins and ends as a Christmas movie, the actual holidates shown in the movie span from Easter to the 4th of July. It also explores the notion of whether or not men and women can be just friends.

We rate Holidate 3 out of 5 Christmas Trees since it isn’t a strict Christmas flick.

The Knight Before Christmas

The Knight Before Christmas stars Vanessa Hudgens and Josh Whitehouse. In it, a knight from the 14th century is transported to modern-day Ohio, where he meets a high school science teacher. Together they learn what it means to be in love and the power of love. It includes lots of “funny” things the Knight doesn’t understand and even shows him trying to drive a car.

The Knight Before Christmas gets 4 out of 5 Christmas Trees for being fun.

There are not one, not two, but THREE of these movies. And I am unashamed to say I watched all three of them several times since they arrived on Netflix. These films follow commoner Amber as she falls in love with the prince of Aldovia, gets married, becomes queen, and has a royal baby.

A Christmas Prince series gets 5 out of 5 Christmas trees because it will vaguely remind you of The Princess Diaries.

As you spend time in the holiday world of Netflix, you will come to realize two things: 1.) Vanessa Hudgens is the queen of Netflix holiday and 2.) A Christmas Prince series and The Princess Switch series are in the same universe! That’s right folks, Netflix has created their own Holiday Multiverse and it honestly doesn’t disappoint. In The Princess Switch series, we meet a plucky baker from Chicago who goes to Belgravia for a Baking World Championship. To her surprise, she meets her look-alike and they switch places! As you can imagine, they each fall in love with a male lead and then have to switch places at the end.

The Princess Switch series gets 3 out of 5 Christmas trees because either you or your spouse will fall asleep during at least one of them.

Love Hard is by far, one of the best Netflix Christmas movies out right now. It stars Nina Dobrev, Jimmy O. Yang, Darren Barnet and is, at its core, about why you should never judge a book by its cover. L.A. writer, Natalie, is looking for love in online dating apps and keeps striking out. When she broadens her horizons and matches with Josh, things are perfect. On a whim, Natalie decides to fly to upstate New York to meet Josh and discovers she has been catfished.

While the premise seems basic, this movie does some really wonderful things. Love Hard prominently features a diverse cast, with an Asian male lead which goes a long way towards full representation for all in film. And it also reminds us that humans can be shallow, but beautiful is more than skin deep.

Love Hard gets 5 out of 5 Christmas trees — it’s perfect from start to finish.

So what holiday movies do you like to watch? What movies will you be trying out from Netflix this year? Let us know in the comments!