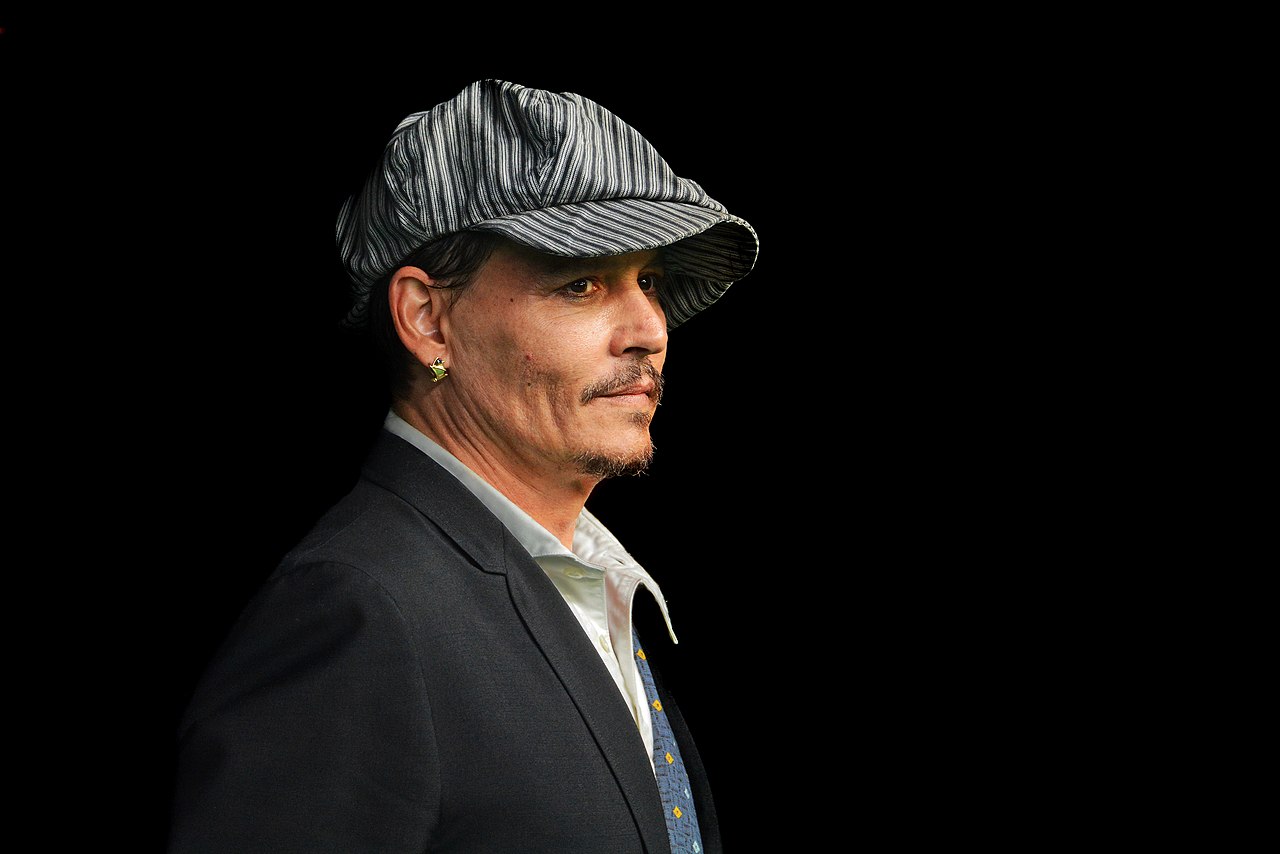 Actor Johnny Depp, 57, recently took the stand as he sues The Sun for libel after it labelled him a “wife-beater” in a trial that is set to take three weeks and feature celebrity witnesses including Vanessa Paradis and Paul Bettany.

Depp was asked about ‘the Boston plane incident’ back in May 2014. Allegedly, Depp attacked his now-former wife, Amber Heard, 34, on a flight from Boston to LA after having consumed drugs and alcohol before passing out in the plane’s toilet.

Depp denied screaming about how Heard “liked getting f****d on set” and making “vulgar” comments while grilling her about sleeping with Adderall Diaries (2015) co-star, James Franco, back in 2014.

Barrister Sasha Wass, the lawyer representing The Sun, said Depp made “vulgar references to [Heard’s] genitalia” and called her a “go-getter sl**” in front of crew members on a flight from Boston to LA.

However, Depp denied having instigated the attack, commenting: “That’s quite a stretch of her imagination.”

A recording of Depp apparently ‘howling’ during the flight was also played during the afternoon session.

Wass put it to Depp that it was him in the recording, but the actor replied: “I had drunk alcohol prior on the flight, but my behavior was not as alleged … I was drawing art sketches in my notebook.”

Afterwards, Wass also read out a text sent by Depp to friend Paul Bettany on May, 30 2014. The text read: “I’m going to properly stop the booze thing, darling.”

“Drank all night before I picked Amber up to fly to LA this past Sunday. Ugly mate. No food for days. Powders. Half a bottle of whisky. A thousand red bull and vodkas, pills, 2 bottles of champers on plane and what do you get?”

Depp claimed that he had been concerned about Franco because Heard had described him as “creepy and rapey” when they starred alongside one another in stoner comedy, Pineapple Express (2008).

Depp claims that Heard had told him she had to “run from Franco’s advances” during filming; claims that Wass dismissed as “made up on the spot.”

Several women have accused Franco of sexual abuse and harassment, though the actor has denied the allegations.

In 2019, two former female students of Franco’s now-closed film and acting school – Studio 4 – filed a lawsuit against him and his partners alleging the program “was little more than a scheme to provide him and his male collaborators with a pool of young female performers that they could take advantage of.”

Describing his suspicions that Heard was having an extra-marital affair, Depp said: “She told me many things that were very negative about Mr. Franco that he had tried to kiss her (after the filming of Pineapple Express) and made sexual advances on her in that film she said he was a creep and a rapist or whatever.”

“A rapist? She didn’t use that word surely?” Wass asked.

“You’ve made an extremely important statement just now. You made that up on the spot, didn’t you?”

Depp replied: “No, it’s just a word that came out to describe what she said to me, him leaning in saying I’m going to kiss you now and she had to run from his advances at one point and he was kind of non-stop and she felt he was creepy and rapey was the word.

“If I said the word ‘rapist,’ then it’s because rapey was the word she used.”

He added: “I suspected Ms. Heard was having an affair with Mr. Franco and it’s since been confirmed that she was.”

The court heard that Heard had made efforts to prevent Depp watching intimate scenes in her films believing Depp would “lose it.”

“Your concerns about romantic scenes were quite considerable, weren’t they?” Wass asked.

“Yes, I do have concerns,” Depp said.

“She was worried you were going to lose it. Can you imagine why she thought you might lose it?” the lawyer asked.

“You were screaming obscenities on the plane,” Wass said.

“I was screaming obscenities at Ms. Heard with my security, two pilots… A stewardess? I don’t agree with what you’re saying,” Depp said.

“You said she liked getting f***ed on set and you were making vulgar references to her genitals,” Wass said.

“That’s quite a stretch of her imagination,” Depp replied.

The Hollywood star was said to have kicked a chair so hard that it hit Heard before storming into the bathroom and passing out on the floor drunk.

“I suggest Ms. Heard moved seats more than once to get away from you and you started by throwing ice cubes at her and you kicked one of the chairs so hard that it swiveled round and hit her,” Wass said.

“You were in a blind rage, demanding to know how much she liked getting off with James Franco. You were so angry that she wouldn’t engage with you in this discussion that you slapped her.” Wass continued, “You called her a “Go-getter sl** and a wh***. Do you agree?”

“Not under those circumstances I would not. There are possibilities where that kind of thing might come out of my mouth depending on what came out of her mouth prior, but I did not go into a rage on the flight in front of all these people.”

“And throughout all this you were demanding more alcohol and oxygen from the flight attendant,” Wass said.

“I had asked for an oxygen tank just for a lark,” Depp said.

“What’s so funny about an oxygen tank?” Wass asked.

“When you put the oxygen tank on and you turn the nozzle you are hit with pure oxygen.

“I wasn’t abusing a drug, I was breathing in oxygen and I was showing them, I flew with the crew before and the pilot and I had done that before,” the actor replied.

Wass asked: “You eventually went to the toilet, the bathroom of the plane, and you passed out.

“Has your assistant Nathan Holmes ever had to wake you up when you’ve passed out on the toilet?

“I’ve never passed out on the toilet, not in the act of let’s say relieving oneself, but yes leaning on the toilet or sleeping on the floor,” Depp replied.

The court was also shown several pictures relating to Depp that showcased his supposed extensive drinking and drug use.

One photograph shows a glass table littered with mountains of alcohol and drugs, with four lines of cocaine cut and ready for use. Also on the table is a skull and crossbones ‘pill box’ with ‘Property of JD’ written across the top, which Depp said “probably” contained drugs at the time the photograph was taken, is to one side.

The pictures were taken back in 2013, on the day Depp was supposed to be filming a documentary about Keith Richards – shortly before he and Heard argued about his drug and alcohol use.

Wass asked Depp if he was carrying cocaine in the “pill box”. The actor replied: “I would say I probably was.”

Wass said the photograph showed “four lines of cocaine next to a credit card with a straw on top of the credit card”.

Wass also said that when Heard’s sister, Whitney Henriquez, arrived at the house “she was confronted by the sight of Heard, who had obviously been crying”.

The lawyer suggested that Heard and Henriquez “remained with you for about four hours trying to persuade you to go to the film set” for the Keith Richards documentary.

Depp said: “It was a day where Keith Richards and Tom Waits were performing together in the studio.”

But he added that “to me, it was more important to try to fix things, patch things up with Ms. Heard”.

The court also heard how the Pirates of the Caribbean actor had told screenwriter Stephen Deuters that he thought his “Peruvian period” had upset his former spouse.

He allegedly messaged Deuters: “Amber is extremely upset and we’re dying… Do you want to speak with her while we’re there and give her some perspective on me and what I am and what I’m not? She thinks my Peruvian period has made me a monster and that I am ruining the relationship.”

“So, the Peruvian period is a reference to cocaine?” Wass asked, to which Depp replied: “Yes.”

Wass also suggested that, when Depp’s assistant Nathan Holmes arrived, he “refused to leave” and “you were snorting more and more lines of cocaine”.

He also alleged that Heard would “normally” chop cocaine into lines for him. This was refuted by Wass, who said that had never happened because Heard was “extremely disapproving” of cocaine.

The actor said in court: “Well she poured me the whisky and cocaine was visible in front of her, and I have experienced many times with Ms. Heard that she would in fact chop the cocaine up for me so that I could do the line and then she would press her finger into it and ingest it orally.” Depp continued, “I’m not suggesting that she did that in this case (on a particular occasion put to him by Wass), but I am suggesting that it was a normal duty that she felt obligated to do.”

With this only being the second day of this trial, it seems painfully obvious that this whole mess is most definitely doing to get a whole lot messier.