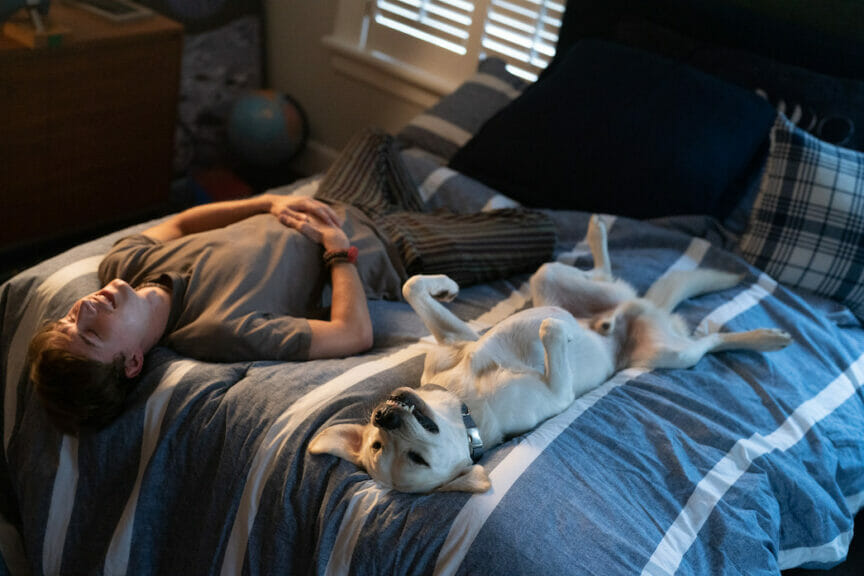 Dog Gone is based on the 2016 book by Pauls Toutonghi. Rob Lowe has been cast in the upcoming Netflix movie Dog Gone. It is a heartwarming story about a father and son searching for their lost dog on the Appalachian Trail.

The dog mentioned is named Gonker. It’s an adorable lab that loves donuts and playing fetch.

Fielding Marshall (Johnny Berchtold) adores his pup but becomes incredibly stressed when Gonker disappears on the trail, especially since Gonker needs medicine to survive. Luckily for Gonker, Fielding and his dad John (Lowe), will do anything to find their four-legged friend.

Dog Gone is arriving very soon on Netflix. The film is set to be released on January 13th, 2023.

While chatting with Tudum, Lowe disclosed that he was “super proud” of this movie and said it is “a total emotional journey that will give you all the feels.”

Dog Gone is based on the book Dog Gone: A Lost Pet’s Extraordinary Journey and the Family Who Brought Him Home by Pauls Toutonghi.

“After a young man and his beloved dog are separated on the Appalachian Trail, he and his father must begin a desperate search to find him before it’s too late. Based on an incredible true story of humanity and everyday heroism.”